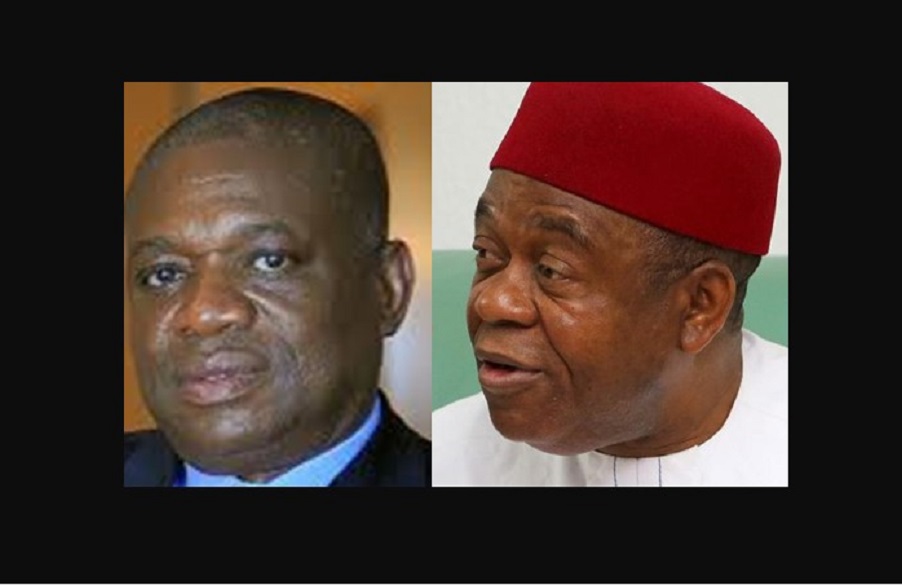 …Abia stopped working after I left as governor- Kalu

The clash which happened at the Ntalakwu Secondary School Oboro venue of the burial of former Secretary to the Government, Dr Elekwachi Nwogbo, was sparked off by Dr Orji Uzor Kalu who attended the event with his brother, Mascot Uzor Kalu and bus loads of his supporters.

Invited to make a speech, Orji Uzor Kalu who recently joined APC and is facing a N2.7b fraud case at the Federal High Court, used the opportunity to praise the departed man and added not so veiled snide remarks against his successor, Chief T A Orji.

According to him, while he (Uzor Kalu) was governor, the late Dr Nwogbo helped him to ensure that workers and pensioners were taken care of instead of suffering with no hope. He also claimed that Abia State stopped working after he left the government and since then no other Governor has been able to do as well as he did.

When he was invited to speak, immediate past Governor of Abia State and Senator representing Abia central senatorial zone, Senator T A Orji, praised the work ethics of the departed former SSG who worked with him while he was serving as Chief of Staff in the government led by Orji Uzor Kalu.

Senator Orji who attended the event with his wife subsequently launched into little veiled counter attacks against his former boss. According to Senator Orji, “if there is nothing else I achieved as Governor of Abia State I can at least beat my chest and say I ended idol worship in this state. On my watch, Commissioners and appointees didn’t have to go to Okija or any other shrine to pledge allegiance to me and my mother or wife. Even the inherited debts and outstanding salaries/pensions were largely settled and I left the state as one of the least indebted in the country while adding many legacy projects that Abia people are enjoying to date”.

He went further: “it is on record that I am the only elected former Governor of this state that our people massively elected to represent them at the senate whereas others have tried many times and were rejected by our people.”

Both political gladiators received loud applauses from their supporters at the event which featured The Who is who in Abia politics from 1999 to date.