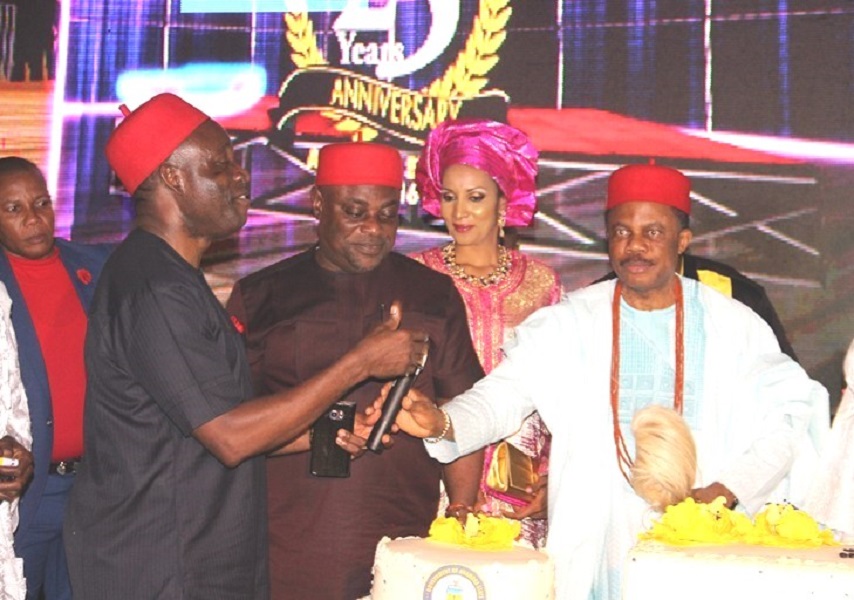 Nwabunwanne, a former Senior Special Assistant (SSA) on political matters to Obiano who was appointed the Transition Committee Chairman (TCC) of Anambra West Local Government Area, said the people of Anambra State have continued to remain resolute in their support for the governor on account of his stupendous achievements in office over the last three years.

The ex-lawmaker who spoke in an interview with newsmen stated that all those who had so far declared their intention to contest for the governorship seat have the right to do so. He, however, maintained that “There is clearly no vacancy in Anambra State Government House. The entire people of Anambra State are pleased with the performance of His Excellency, Chief Willie Obiano, and they have continued to demonstrate this in the manner and way they have remained steadfast in their show of support and solidarity for the governor. Nobody changes a winning team. Why would the good people of Anambra State want to change a team that is performing; a team that is meeting their expectations and delivering to them the true dividends of democracy? Our dear people of Anambra State cannot be deceived. They know what is good for them and will surely not fall for the gimmicks of those who do not mean well for our dear state and have nothing to offer the people. Obiano has performed excellently well in all areas of governance for anybody to think they can convince the people to vote him out. Is it in the area of security? Is it in the area of agriculture? Is it in workers’ welfare or the general welfare of the entire people of the state? The footprint of Obiano’s outstanding feats can evidently been seen everywhere in Anambra State.”

Speaking on the leadership crisis in APGA which some believe may likely prevent Obiano from securing the guber ticket and affect the chances of the party in the coming election, Nwabunwanne said: “APGA is not new to leadership crisis. So, those who are beating the drums and dancing to celebrate the leadership crisis in APGA with their warped view that it will hamper the chances of our great party in the forthcoming governorship election are myopic and parochial. They don’t seem to understand the fact that as far as Anambra State politics is concerned, APGA has come to stay as the only party truly accepted by the people. Go and check it, APGA has always had leadership crisis before every governorship election, but that has never stopped it from emerging victorious at the end of the day. I can assure you that the current internal crisis in APGA would be amicably resolved and Obiano will get the party’s ticket without qualms. And our great party will as usual win the Anambra gubernatorial election come November 18, 2017 with ease.”