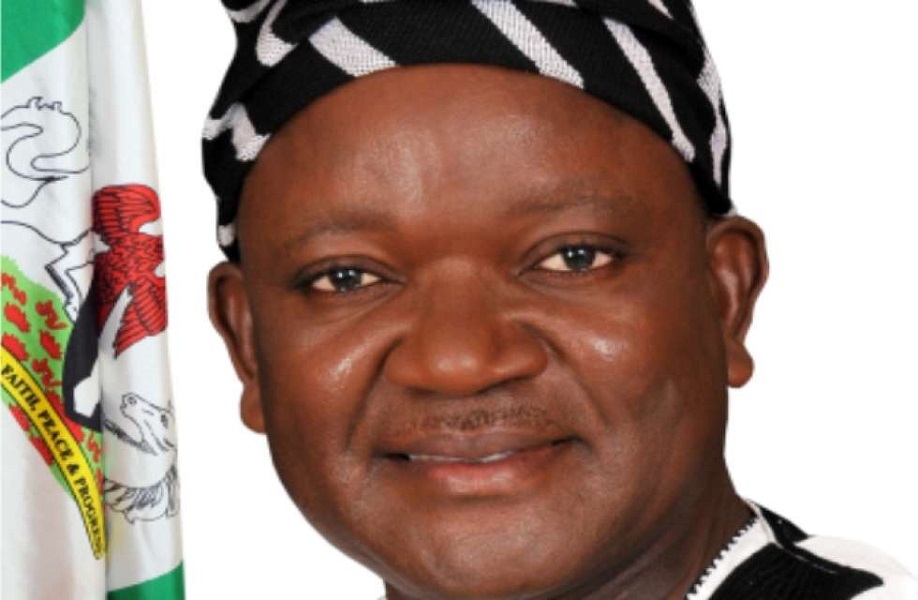 …Seeks protection of elder-stateman
By Abu Duniya
The Advocate of Social Justice For All (ASJA) has appealed to the Chief Justice of Nigeria (CJN) and the Hon. Attorney General and Minister of Justice (AGF) to put an eye on the Benue State Judiciary so as to check mate the negative tendencies and mindset of the executive Governor of Benue State Governor Samuel Ortom.
[poll id=”28″]
In his address on what he described as manipulation of the Benue state judiciary by  Ortom as an instrument to harass an elder statesman and anti corruption crusader Alhaji AB Tsav who is the National Commissioner, Public Complaints Commission, Benue state over his exposure of fraudulent activities of the current administration in the state, the Executive Director, ASJA, Asongo Venatius alleged that the activities of the Governor of Benue state and his penchant for the manipulation of the Benue State Judiciary to settle personal and political scores with his enemies is becoming alarming.
Venatius said the actions of the state government is becoming more worrisome because the development if left un-checked indicates a dangerous mindset towards the survival of democracy in Nigeria and also reduces our nation’s dignity among the comity of nations around the globe.
He said this appeal to the Chief Justice of Nigeria and the Attorney General of the Federal Government is to bring to the notice the activities of the Benue State Judiciary in harassing anti-corruption fighters in the State of Benue.
The Convener said that failure of the Government of Benue State to drop the criminal charges, against Alh. Tsav current helmsman of the Public Complaint Commission, the civil society would be tempted to believe that his prosecution is premeditated on the Governor’s widely circulated statement that he is a Muslim and indigene of Kano against the actual truth that he is a Nigerian and a true Benue son as well as an Elder State man currently serving the Federal Government as National Commissioner Public Complaint Commission.
He, however recalled that the cardinal point of President Muhammadu Buhari administration is to eliminate corruption to its barest minimum.
The Convener emphatically stressed that it would be counterproductive to allow the Governor of Benue state to continue to use the power of the state to manipulate the Benue State Judiciary to harass the state’s national commissioner, Public Complaint Commission who is the social watch dog of the common man in the state on the basis that he has made allegations against the governments fraudulent activities.
“Your lordship, on May 16, 2017 following the call of the Governor of Benue State Samuel Ortom that ‘anyone with a case of corruption against  Benue  State Government should blow the whistle’ in line with the Federal  Government Policy and President  Buhari’s Cardinal Objective, Alh. A. B Tsav in his official capacity as national commissioner Public Complaints Commission in charge of Benue State wrote a letter to the Governor highlighting some of the verifiable fraudulent activities of the Government of Benue State and pleaded for investigation on behalf of the masses whose social welfare has been neglected completely by the Governor of Benue State.
“This, the petitioner did in good faith as a social watchdog. The letter attached for your perusal, highlighted among many corruption cases the activities of Ortom led government and his cronies. Your lordship, of course the letter was well circulated to all security agencies and the presidency for scrutiny and investigation, unfortunately and to our greatest shock which of course is a major setback to the anti-corruption drive of President Buhari’s administration.
“Governor Ortom in his usual characteristic and dramatic manner instructed the Attorney General of Benue State  to institute criminal prosecution against the person of Alh. Tsav. Current National Commissioner Public Complaint Commission notwithstanding the fact that the petitioner only acted in his official capacity as the social watchdog of the society.
“Your lordship, we are to bring to your notice that indeed a criminal prosecution was initiated by the Attorney General of Benue State against the person of Alh. A.B. Tsav CP Rtd. Current National Commissioner Public Complaint Commission on the instruction of the Governor. Your lordship, take further notice that the charge against the accused is “Injurious falsehood” this has been filed in the Magistrate Court 1 in the Benue State Judicial Division,” he said.
He explained that how does allegations of fraud against public institutions and officials amount to “Injurious falsehood” without being first of all investigated? Adding that has any security agency investigated the claims and prosecuted same in the competent court of law to arrive at the fact that indeed the allegations are “Injurious falsehood” capable of inciting the public against the Government as alleged by the State Government?
Venatius said based on the common law of social justice states that those who seek equity must also come to equity with clean hands should be tested by Governor Ortom and Benue State Government, anything short of this is highly unacceptable by the civil society.
He said the civil society hope that as they re-forward the fraudulent activities of the state government to the security agencies, you would keep a peeled eye on the emerging issues so that the rule of law shall triumph over abuse of power as seen in the Benue State scenario.
“Your lordship, The Chief Justice of Nigeria, The Hon. Attorney General and Minster of Justice, Fellow Compatriots, Ladies and Gentlemen, the Civil Society uses this medium to restate that should the activities of the Benue State Judiciary go unchecked, we shall mobilize our members across the 36 states of the Federation and the FCT to further demonstrate our commitment to the international community that social justice and rule of law are fundamental basics of every Nigerian including Alh. Tsav CP and that all citizens are equal before the law,” he added.