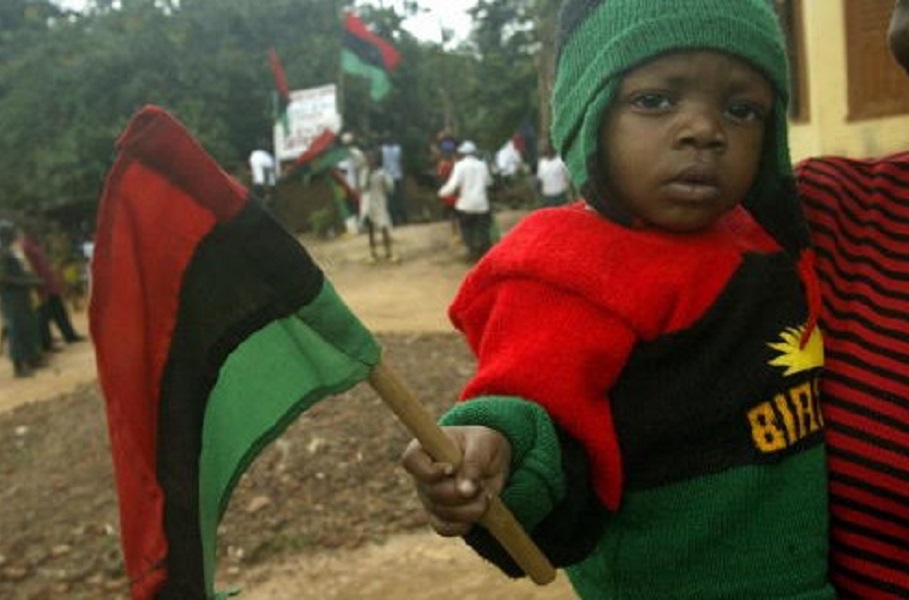 Advertisement
An Igbo Socio-Cultural group, Nzuko Umunna, has expressed satisfaction with the conduct of Igbo people worldwide in their activities to mark the May 30th “Biafra at 50” celebrations.
The group which commended the IPOB, MASSOB, BIM and such other organizations for the very peaceful and civil manner they mobilized and conducted themselves on the day, also hailed the Ohanaeze Ndigbo and all the South East governors for their cooperation in ensuring the success of the Remembrance Day.
In a statement signed by the group’s Coordinator, Mazi Ngozi Odumuko and the secretary Paschal Mbanefo, the prominent Igbo noted that unlike in the past, this year’s strategy ensured a string of non-violent yet very effective activities.
The statement noted that the level of compliance with the sit-at-home directive while highly satisfactory and commendable, has shattered a lot of myths and fallacies about Igbo and their unity, adding that never would Ndigbo forget the heroes who made the supreme sacrifice for them.
Ngozi thanked all Nigerians for their show of support and solidarity, and promised that Nzuko Umunna would work with all other necessary bodies to make subsequent commemorations in the years to come more massive.
The statement in full:
30th May, 2017, made it exactly 50 years after the civil war, otherwise known as Biafran war, broke out.
While it has become a tradition to remember our heroes who paid the ultimate price in the defence of Igboland during the war, the commemorations before now had been fraught with avoidable clashes between some Igbo youth and law enforcement agents.
The commemorations, to say the least, had always been marked in an atmosphere of tension, mutual suspicion and forceful suppression of the people who were mostly attacked by the Nigerian forces even without provocation, leaving behind it trails of tears, sorrow and blood.
It was on this basis that it was decided that this year’s commemoration be marked with a sit-at-home directive.
As an Igbo socio-cultural group, we were highly delighted at the level of compliance with the sit-at-home directive despite not being enforced in any way except through moral suasion. IPOB, MASSOB, BIM and such other groups must be commended for this rare feat.
We are also very delighted with the commemoration of the day by Ndigbo and their friends worldwide including Europe, America, Asia, Australia and other African countries where the day was marked in carnival-like atmosphere.
We must not fail to sincerely appreciate the Ohanaeze Ndigbo and all the South East governors for their cooperation and show of statesmanship while the Day lasted.
All these have shattered the myths and fallacies spread about the Igbo, their businesses, unity and solidarity.
The support, understanding and effusive show of solidarity by all Nigerians to the cause was humbling. This has gone a long way to show that freedom is a universal cause and that tribute to fallen heroes is a naturally human endeavour.
Based on the foregoing, we commit to working even closer with all stakeholders in ensuring a more massive and more memorable Remembrance Day subsequently.
Thank you.
Signed:
Ngozi Odumuko
Cordinator
Paschal Mbanefo
Secretary