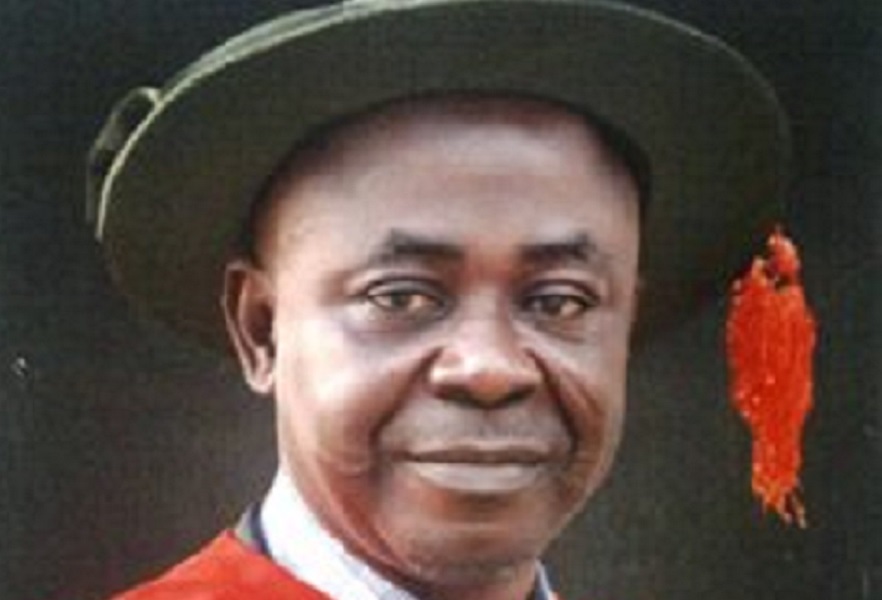 The authority of Kogi State University (KSU) Anyigba, has declared that the professorial appointment of Kogi ministerial nominee Stephen Ikani Ocheni, followed due process, calling on the general public to disregard an online publication making round which they described as “faceless” with the aim to tarnish the reputation of the school.

A statement signed by the registrar/Secretary of council Dr. Yunusa Abubakar, and made available to newsmen in Abuja on Tuesday, said that between 19th and 21st May, 2014, the KSU Appointments and Promotions Committee considered recommended the appointment of the then Dr. Ocheni as a Professor.

The statement read in part: “K.S.U has always recruited from time to time to meet its accreditation requirements. In its bid to meet one of such requirements, the Vice Chancellor received an application from the then Dr. S.I. Ocheni for appointment as a Professor. In line with the due process procedure, the application was minuted to the Dean of Management Sciences in the Faculty of Management Sciences for comments. The Dean positively recommended the application.

“The Vice Chancellor constituted a prima facie Panel comprising the Deputy Vice Chancellor (Admin), Professor Z. Apata as Chairman, three other Professors, representative of the Registrar and Establishments Officer, (SS) who served as Secretary. The Panel interviewed Dr. Ocheni to the position of Professor and Dr. H Iwarere as Reader. The interview was conducted on 26th September, 2013. Dr. Ocheni scored a total of 72.5 and was found appointable as a Professor subject to positive External Assessment of his scholarly publications.

“In the interim he was appointed as a Senior Lecturer on CONUAS 5/13. He accepted the offer and assumed duties on 15th October, 2013. His publications were sent to three External Assessors (out of the six submitted by the Faculty) in three different Universities all of whom are Chartered Accountants. All the Assessors returned positive verdicts on Professor S.I. Ocheni.

“The Governing Council during its 37th regular meeting held on 22nd May, 2014 considered and approved the appointment of the then Dr. S.I. Ocheni as a Professor.

“Kogi State University in its existence of close to two decades has been blessed by leaders of repute, excellence and integrity who always acted according to the rule of Law. As an institution that is grounded in due process, when the University Management received a petition from ASUU alleging that Professor Ocheni does not possess a PhD degree the then Vice Chancellor, Professor Hassan Isah, immediately directed the verification of the Certificate. The Secretary of the School of Postgraduate Studies, University of Nigeria, Nsukka (UNN) confirmed in her letter dated 12th February, 2015 that he obtained PhD in Public Administration (with specialization in Financial Management) from their Institution in March 2004.

“On insinuation that he was given a tenured appointment when he was already above fifty years of age, we wish to affirm that by a letter dated 26th November, 2013 his services was transferred from the Federal Civil Service Commission to Kogi State University, which was accepted.”

The KSU authority, however, stated that It’s providing explanation so that public can be properly guided.

“We also wish to assure our Alumni, Students and their parents that their confidence should remain unshaken as we would never do anything that will lower our standard. To us in Kogi State University, Anyigba, due process has always been the hallmark of our administration in all circumstances.”