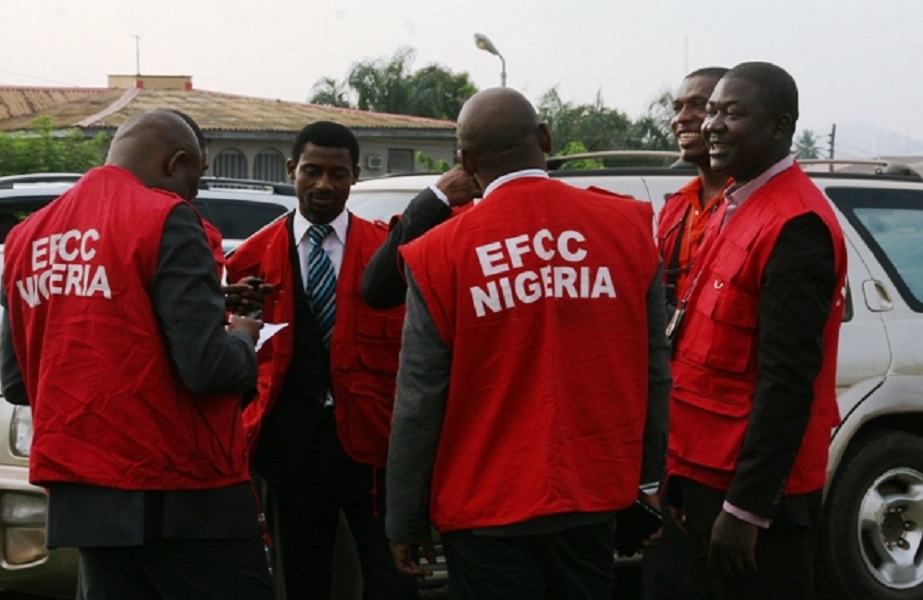 Advertisement
The Economic and Financial Crimes Commission, EFCC, on May 3, 2017 presented two more witnesses in the trial of Mahmud Deji Sambo and Bukar Musti, both former Assistant Director and Chief Accountant  respectively of the University of Maiduguri Teaching Hospital, UMTH, Borno State. They are standing trial for defrauding the hospital to the tune of N58 million.
One of the witness, Garba Dan-Fulani, Head, UMTH’s Department of Finance and Accounts, revealed how variations observed in the account books of the teaching hospital, led to investigation of the defendants.
While being led in evidence by prosecution counsel, Khalid Sanusi, he said, “The variation order is an authority to effect payment of salaries, allowances, new employees, demotions or promotions, and when the accountant finishes raising a voucher for payment, I will cross-check, if errors are found I will not sign.”
He added that: “If there are irregularities I will call the attention of the accountant to it, and we will sit together to see whether the irregularities were not backed by Variation Order, which means the Payment Voucher becomes fraudulent, and these irregularities may be insertion, addition or subtraction”.
He further stated that if such insertions were eventually accommodated, the Assistant Director of Finance had to report to the management in order to raise Variation Order to accommodate the insertion done by Chief Accountant Salary.
Testifying as the 12th prosecution witness, Surajo Abdullahi, an EFCC operative, told the court that investigation into the alleged fraud began in 2010, after a petition was received from Afri Bank.
He said: “Sometime in September 2010, a petition was sent to my team written by Afri Bank, in which it was alleged that some suspicious transactions always took place whenever monthly salaries were paid by UMTH.
“These included insertions of ghost workers into the payroll system of UMTH, inflation of salaries and allowances of some staff by the first defendant for onward transmission to the second defendant.”
He further told the court that, the defendants operated illegal bank accounts, which were used to carry out the fraudulent transactions. According to Abdullahi, “whenever a draft was prepared for monthly salary by the payroll section under the watch of Sambo, he would withhold it and increase the grand total of other personnel for it to be different, which will then be taken to Audit Department for vetting.”
He further noted that the Head of the Department, Haruna Katangana, (who is also a defendant in another fraud case), was part of the deal.
He said: “Katangana will receive his own share of the overstated salary, without altering the draft, and he will return same unchanged to Musti, who is tasked with preparing the payment mandate.”
The prosecution afterwards tendered the petition received from the bank as evidence. Justice Salihu, admitted them in evidence as exhibit L.
However, the defence counsels raised objection to the admissibility of the statements of the two defendants, which the prosecution sought to tender, arguing that they were coerced and threatened into making the statements.
Subsequently, Justice Salihu adjourned to May 24, 2017 for the commencement of a trial-within-trial.