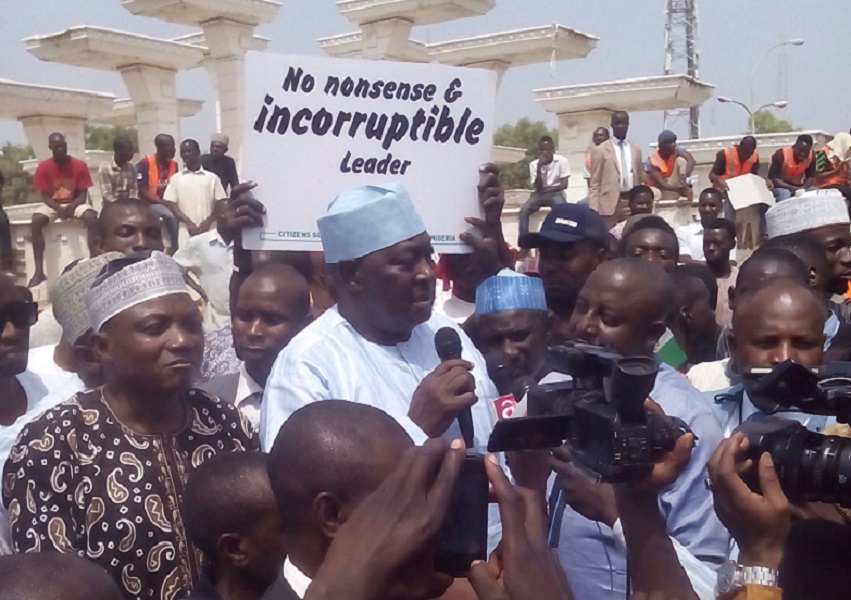 Advertisement
The Nigerian Senate committee report has revealed how the suspended SGF, Babachir Lawal racked in billions of Naira through shady deals in the Presidential Initiative for the North East (PINE).
The Committee report revealed that after receiving payments from PINE, at least five companies separately paid about N450 million to the Eco Bank account (182001809) of Rholavision Engineering Limited owned by Mr. Lawal according to CAC and self-admission, and his private account (0003004417) with Diamond Bank, bank statements showed.
According to a CBN confirmation attached to the report, Mr. Lawal was still the signatory to the account of Rholavision until February 15, 2017 which shares the same Bank Verification Number with his personal account and 13 other accounts in commercial banks.
Here are the companies and transactions details:
1. Between March 29, 2016 and April 20, 2016, Josmon Technologies Limited transferred N317 million to Rholavision after receiving two “grass-cutting” contracts worth N530.6 million for the removal of invasive plant species in Yobe State.
The transfers were made in tranches, mostly N10 million per transaction, and N47 million on the last day.
2. For the “grass-cutting” contract, Mr. Lawal’s Rholavision was awarded the consultancy contract on March 8, 2016, while the owner was in the service of the government as federal cabinet secretary, in breach of Nigeria’s code of conduct for public officers and the Public Procurement Act.
But apart from that contract which formed the basis of the call by the Senate that Mr. Lawal be removed and prosecuted by President Muhammadu Buhari last December, the suspended SGF was also into other fraudulent deals with companies using PINE as conduit pipe.
3. For instance, on August 8, 2016, JMT Global Technologies Ltd transferred N30 million from its Zenith Bank account 114357188 to Rholavision. Then, JMT had just got eight contracts for “rehabilitations/renovations in Adamawa” State for the sum of N199.4 million.
4. Also Messrs Adamawa Boreholes and Drilling Companies Ltd transferred N18 million to Mr. Lawal’s company, after clinching N54.8 million contract to renovate seven classrooms at Yeskule Girls Secondary School, Michika Adamawa State.
5. Similarly, Barde Brothers Multi-Services Limited which was also awarded seven contracts to renovate classrooms in Adamawa State for N145 million returned N71 million to Mr. Lawal’s company account on October 10, 2016, and another N13 million between July 7, 2016 and September 9, 2016 to his private account.