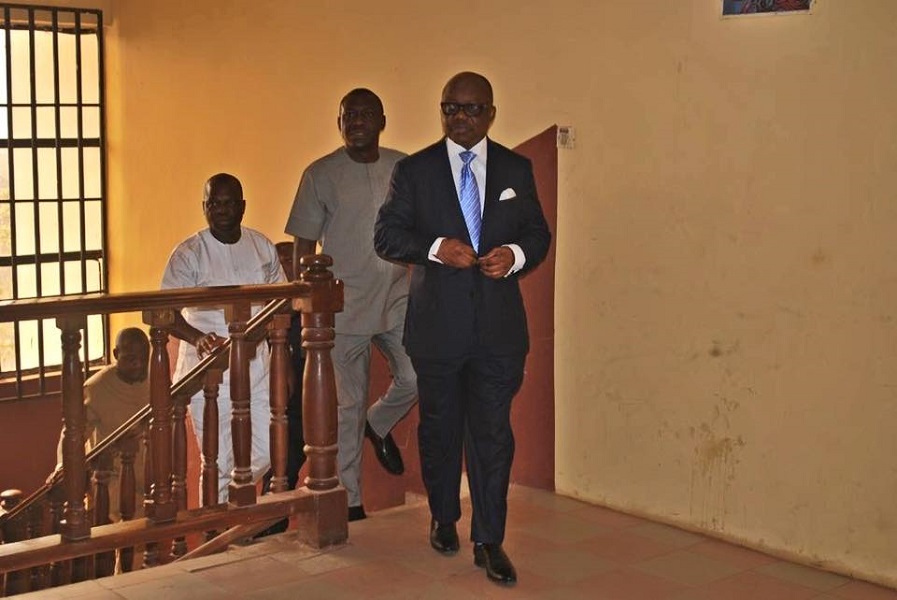 Immediate Past Delta State Governor, Dr. Emmanuel Eweta Uduaghan has warned mischief makers and those seeking cheap popularity to stop using his name as a vehicle to achieve their evil plots.

Dr. Uduaghan gave the warning Monday morning in a statement issued by Mr. Sunny Areh, his media aide, in reaction to two contradictory press releases purportedly authorised by the former Governor in the last two days and which have been trending on the social media.

The first release, signed by one Tony Oritseje, claiming to be Uduaghan’s Press Secretary, said that the former Governor had dumped the Peoples Democratic Party (PDP) and joined the All Progressives Congress (APC), a statement which is false in its entirety.

A second release, credited to an unnamed media aide sought to repudiate the first statement, pouring invectives on the APC and its leadership, claiming that it was authored by the ex-Governor.

But, Dr Uduaghan, disassociated himself from both releases, which he said were targeted at creating mischief and gain negative publicity, thereby smearing his name and reputation in the process.

“This is obviously the work of mischief makers and those seeking cheap publicity. It is a joke taken too far. None of my aides is named Tony Oritseje. It was obviously meant to create disaffection for me and my successor, Governor Ifeanyi Okowa, the PDP and the Federal Government,” he stated.

The former Governor noted that he had maintained a very low profile since leaving office as a deliberate policy to allow current actors have enough space to attain their goals and fulfil electoral promises.

“People close to me know this is not my style. I have deliberately maintained a low profile to allow those in power today to have enough space to fulfil electoral promises to the people. It is not my style to seek cheap publicity or disrupt a peaceful process that is delivering democracy dividends to the people,” he added.

Uduaghan therefore warned against the use of his name to cause disaffection between him and the authorities, pointing out that he would not hesitate to go to seek redress in the law court should they persist.