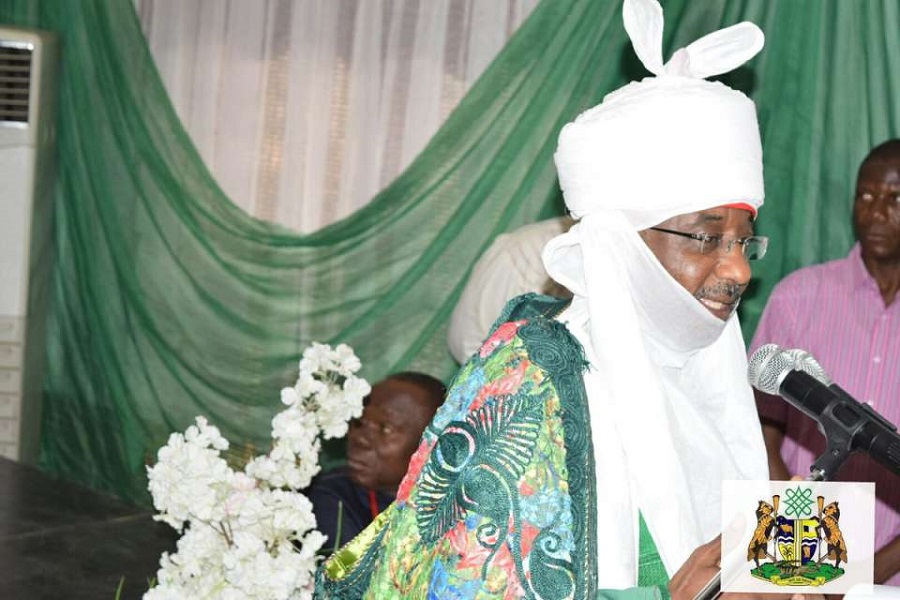 Addressing Reporters at the Emir’s Palace, Walin Kano, Alhaji Mahe Bashir Wali, reacted to reports that the Emirate spent N6 billion left behind by the former Emir, describing the allegations as untrue.

The Kano Emirate Council further stated that about N152, 627,723.00 was paid to Dabo Gate for the procurement of furniture for the Palace, adding that, “after the demise of the late Emir of Kano, Alhaji Ado Bayero, Peace Be Upon him, all his belongings, including the furniture were removed and distributed to his heirs in accordance with Islamic injunction.

“The sum of N108 million was also paid to the heirs of the late Emir of Kano, Alhaji Ado Bayero by the Emirate Council in respect of his personal cars inherited by the present Emir of Kano, Muhammadu Sanusi 11. The cars now form part of Kano Emirate Council fleet of vehicles in the Palace.”

Walin Kano, however, dismissed allegations that the Emirate spent N15, 458,660.00 on travels, insisting that the amount was actually used for the construction and renovation of Fadancin Dare wing of the Palace.

According to him, “The Council chartered an Air Flight only twice for His Highness for the following trips: In September, 2014 to Sokoto when the Emir paid a traditional homage (Mubaya’a) to Sultan of Sokoto after his turbaning as Emir of Kano and the Council spent N4, 651, 000.00

The Emirate Council, however, admitted that two bullet proof cars were purchased for the Emir at the cost of N142, 800, 000.00, but insisted that the purchase was based on the advice and approval of the state government.

“This was as a result of an attack on the late Emir of Kano, Alhaji (Dr.) Ado Bayero on his way back from Murtala Muhammad Mosque to the Palace,” Walin Kano added.

He also stated that the sum of N154, 873, 000.00 was paid for the purchase and replacement of vehicles that were destroyed when the Emir’s convoy was attacked by Boko Haram insurgents on his way back from Murtala Muhammad Mosque to the Palace.

The Emirate Council also insisted that the two Rolls Royce executive cars for Emir Sanusi 11 were purchased by his friends.
On spending about N37, 054, 192.06 on phone calls, the Emirate Council stated that, “it is true that the sum of N37, 054, 192.06 was paid to Airtel due to the fact that the Emir has been identified with only one local mobile phone which he uses within and outside the country.

“The majority of the charges are that of roaming which are normal. The telephones of the palace are upset by the Council particularly when it comes within the provision of the budget.”

“In 2016 to date, the contribution started to improve from the average of N23 million per month to N40 million and the Council received the sum of N585 million within 13 months.

Walin Kano said the Emirate is ever ready to cooperate with anybody or agency who needs more clarification on the alleged financial misappropriation in the Palace.