Information reaching 247ureports.com from a usually reliable source indicates that the rumor over the supposed resignations of the chief of staff, Abba Kyari and the DSS boss, Malam Daura were false but noted that the rumor was based on an unfolding turmoil within the presidency over power tussle and control. According to the information gathered, the two men had considered throwing in the towel last week and through the weekend.

Following the discovery of the cash at the Ikoyi apartment complex by the agents of the Economic and Financial Crimes Commission [EFCC], in addition to the big boss of the NIA claiming ownership of the said money, the top executives inside the presidency have become unsettled and edgy. The source notes that there appear a conspiracy of secrecy around the true owners of the recovered cash. The conspiracy, in turn, has generated blanket mistrust between the President and his top aides.

The Vice President, Yemi Osinbajo, who has taken over virtually all administrative responsibilities under the presidency following Buhari’s return from London, is reported to have enough elbow room to investigate and query all persons involved in the accumulation of the cash at the Ikoyi apartment complex. According to our source, not all the close associates of the President are comfortable with Osinbajo at the trigger point, particularly noting that not all of Buhari’s associates were “very friendly or respectful” of the vice president prior to the President’s health problems. 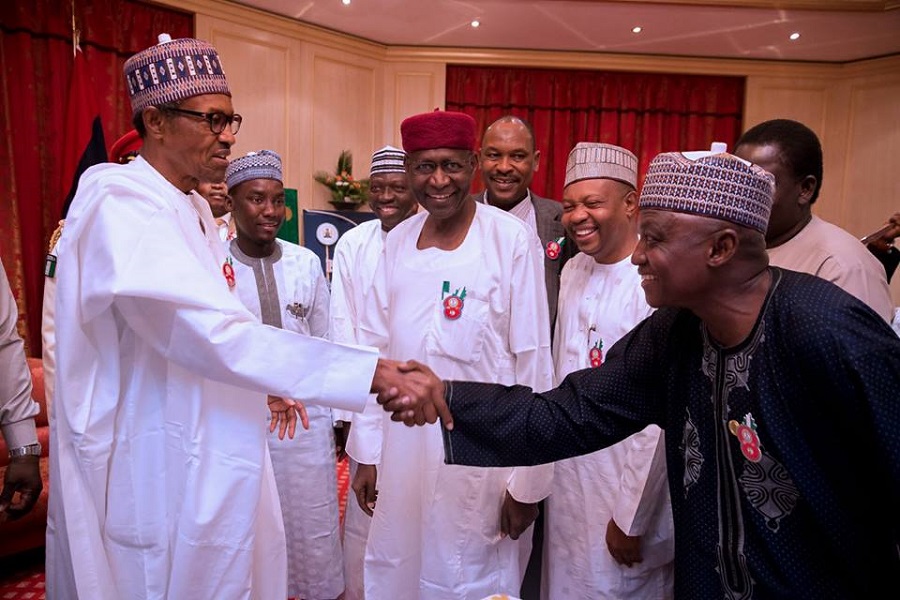 “I am not sure what connection the DSS Director and the Chief of Staff might have to the money found at the house in Ikoyi but both men were heard telling some of their close aides of their plans to tender their resignation”. Our source also added that it remains unclear whether they proceeded to tender their written notice of resignation to the President. It is also unclear whether the President had received the letter – and opted to reject the ‘request’.

247ureports.com had reported previously of the connection existing between chief of staff and the former PDP chairman in the person of Adamu Muazu – the supposed owner of the apartment complex where the money was discovered. The report revealed how Adamu Muazu had used the apartment complex to collect brides from favor seekers. It also revealed that Abba Kyari was acting in defense of the owners of the money by beckoning on the NIA boss to claim the money. He guaranteed the NIA boss a soft landing. Here is the report – N15billion: Abba Kyari Urged Oke To Claim The Money, Promised Soft Landing