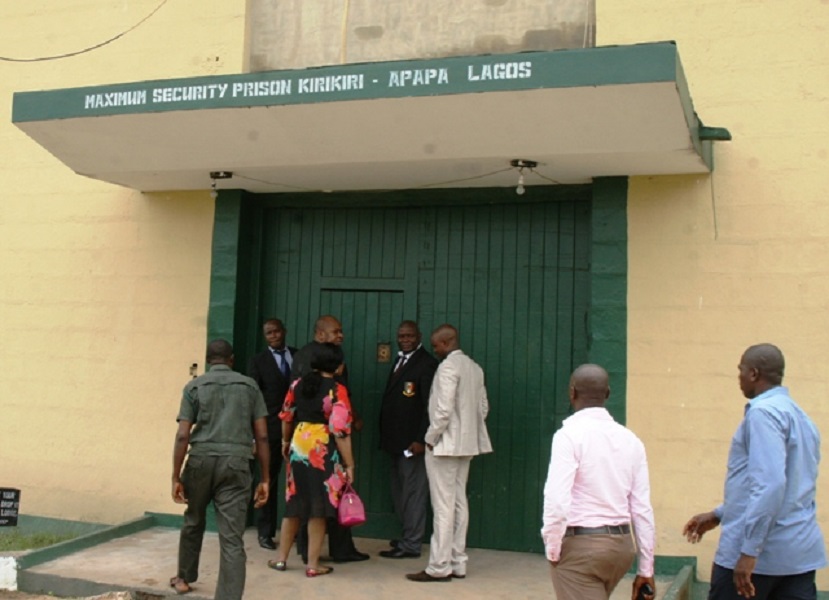 From the National Association of Nigerian Students (NANS), in Abuja on Monday, came a 24 hours ultimatum within which a Special Offences Mobile Court in Lagos, should release 13 students of the University of Lagos, currently being detained at the Kirikiri Maximum Prisons.

NANS threatened to invade the Kirikiri Maximum Prisons and relocate its Headquarters in solidarity with its members, if government refuses to release the UNILAG students after the expiration of 24 hours deadline.

The President of NANS, Chinonso Obasi, in an interview with journalists in his office, condemned the action of the court which remanded the students in Kirikiri prisons.

The Mobile Court, had on Saturday remanded the 13 UNILAG students in Kirikiri Prisons, pending their bail application.

They accused persons, standing trial before Chief Magistrate P.E Nwaka, were alleged to have engaged in unlawful invasion of Television Continental in Lagos.

The magistrate, who ordered that the accused be remanded in prison, adjourned the case till April 6 for a determination of their bail.

Obasi said, “After a painstaking review of the circumstances surrounding the draconian ruling, we have resolved to demand and hereby demand the unconditional release of these students within 24 hours.

“Consequently, we make bold to state that if at the expiration of our 24 hours ultimatum, these innocent students are not released without strings, we shall relocate the Headquarters of NANS to Kirikiri in solidarity with our members.

“We also hope that the authorities would use the opportunity of the 24 hours ultimatum to either expand the facilities of Kirikiri prison or release our colleagues, as they can see we are serious and determined by offering them a fair choice.”

He said if the best the Magistrate could do in the prevailing circumstances was to clamp University students to a prison facility and thereby unwittingly radicalise them, NANS shall help him to understand the implications of his unbalanced judgement that does not tally with the offence allegedly committed.

The NANS President said, “Being first time offenders, the Magistrate, if ever he was once a University student, would have handed down a stern warning and demand of good behaviour instead of sending them to prison for whatever reasons.

“In saner climes what the Magistrate should have done was to certify that the suspects are bonafide students and release them to their school authorities or student leaders. But rather than factor in the extenuating circumstances of their protest, the Magistrate apparently in a hurry to please some hidden forces, decided to blunt the proper socialization of 13 Nigerian leaders of tomorrow.”