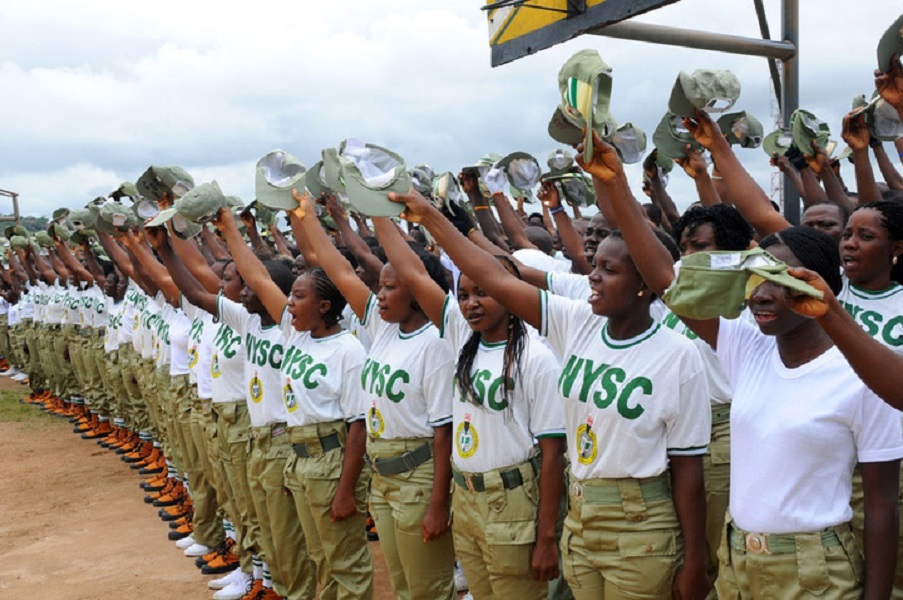 The National Youth Service Corps (NYSC) has redeployed a corps member, Mr Michael Uwakwe, serving in Zamfara to Anambra, following his assault by a police officer.
Mrs Victoria Okakwu, the NYSC Director, Corps Welfare and Inspectorate, made this known to newsmen in Abuja on Wednesday.

Okakwu explained that the corps member was redeployed to ensure his safety and security while carrying out his national assignment.

The News Agency of Nigeria (NAN) reports that the briefing was designed to keep the public abreast on the outcome of investigations conducted by the scheme on the slapping of a corps member serving in Zamfara as earlier reported by some media.

The reports had alleged that Uwakwe was brutalised and manhandled by the police for punishing a student who happened to be a rich man’s ward by simply asking him to go on his knees.

Okakwu said that after proper investigations and resolution of the matter the scheme has also ordered the immediate withdrawal of 11 other corps members who were serving along with Uwakwe at Nasara Standard Academy, Gusau.

She said that the 11 corps members have been re-posted to serve in other establishments in Gusau as a proactive measure to ensure their safety and security.

“On Wednesday last week we got information from Zamfara state that a corps member was beaten by the police, arrested, detained and later released.

“When we got this information I had to speak to the state coordinator to investigate the matter thoroughly. From our investigations, the corps member had a problem in the school he was posted to serve.

“He came into the class and said he was going to give the students a test asking them to put their books away and get ready but that this student was not just cooperative.

“In the process of doing the test she hissed and he asked why she will hiss in the class because it was a rude behaviour but she had nothing to say after a while she hissed again and he went to her to ask why again.

“The next thing he saw written on her script was `Nonsense Tes’. That got him infuriated and he asked the student if the questions he set were out of what he had taught them.

“The girl will not answer so he instructed her to kneel down. In the process he asked her to crawl with her knees and after that he left; later he came to look for the girl and she was no where to be found.

“The girl went home, spoke to her father and he went to the police. The corps member was in the staff room when he was called that he was needed in the principal’s office.

“When he got there he was asked to go with the police but he declined stating that he was just doing his job but he later agreed to go to the police station if the principal will go with him.

“He went with the principal to the police station and in the station he was slapped and detained for six hours,” Okakwu said.

She said that the scheme made a formal report to the state commissioner of police expressing dissatisfaction over the way the police handled the matter as the police was meant to maintain peace and not cause harm.

Okakwu explained that with efforts of the NYSC State Coordinator, the local government and zonal inspector, the state commissioner of police waded in to the matter and it was settled amicably among all parties.

According to her, the commissioner said this is not an issue for the police but one that would have been settled in the school.

The police commissioner apologised for the way his personnel handled the matter, she said.

She said that Uwakwe was redeployed to Anambra state in order to ensure his safety and protect him from any further harm and any phobia which would prevent him from carrying out his duties.

However, the director maintained that Uwakwe was not brutalised as speculated but just slapped as he did not have any bruises on his body.

Okakwu said the scheme was very concerned with the security, safety and wellbeing of its corps members, assuring that wherever corps members are serving in the country the scheme will continue to ensure their welfare and security. (NAN)