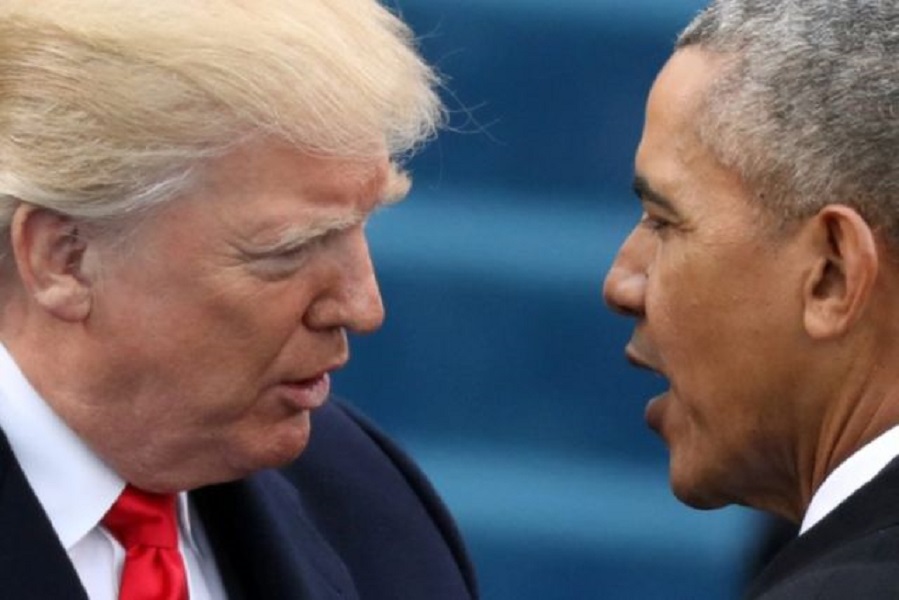 President Trump’s recent Twitter attacks against former President Barack Obama, including his evidence-free claim that Obama tapped his phones at Trump Tower before the election, have apparently put a strain on what Trump had recently described as their unlikely friendship.

An Obama aide told the Wall Street Journal that the former president was “livid” over the accusation that he ordered the wiretapping of Trump Tower.

Obama believes Trump “was questioning both the integrity of the office of the president” and Obama himself, according to “people familiar with his thinking,” the Journal reported Wednesday.

But Obama ultimately “decided he wouldn’t respond to every intemperate Trump tweet.”

In interviews during the transition and first few weeks of the new administration, Trump bragged about a budding friendship with Obama.

“It’s a very strange phenomenon, we get along,” Trump said. “I don’t know if he’ll admit this, but he likes me. I like him.”

“How do you know he likes you?” O’Reilly asked.

Of course, it wasn’t always that way.

For years, Trump pushed the so-called birther conspiracy, which questioned the legitimacy of Obama’s birth certificate and whether he was constitutionally eligible for the presidency.

During the campaign, Trump branded Obama the “founder of ISIS,” and Obama declared that Trump would never be president.

And during the transition, Trump lashed out at Obama over “the many inflammatory … statements and roadblocks” coming from his predecessor.

“Thought it was going to be a smooth transition,” Trump tweeted on Dec. 28, tacking on “NOT!”

In an explosive set of tweets on Saturday morning, President Trump accused former President Barack Obama of wiretapping Trump Tower on the eve of the 2016 election. President Trump gave no evidence to support his claims.

In the past week, Trump’s tone has shifted back to attack mode.

“How low has President Obama gone to tapp my phones during the very sacred election process. This is Nixon/Watergate. Bad (or sick) guy!” he tweeted Saturday, one of many caustic barbs tossed at the former president.

On Tuesday, Trump blasted Obama for allowing Russia to get “stronger and stronger.”

Earlier Tuesday, Trump incorrectly blamed Obama for freeing “vicious” Guantánamo detainees who have returned to the battlefield. But in reality, the vast majority were released by former President George W. Bush.