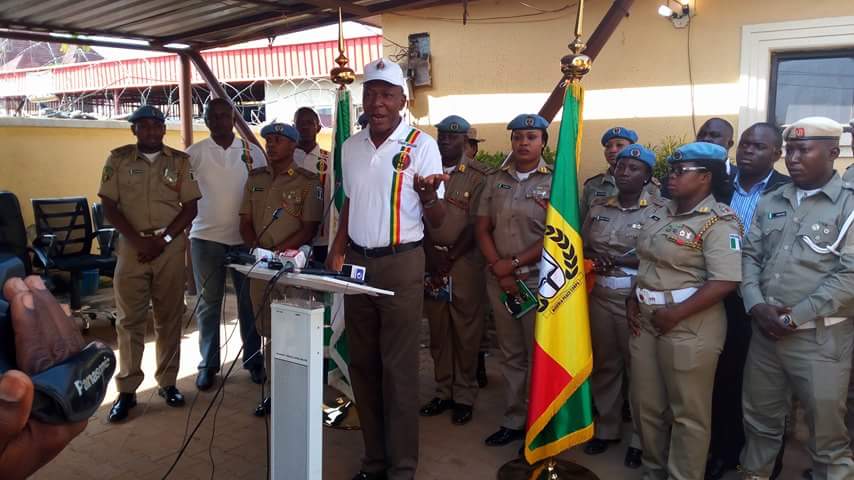 National leadership of the Nigeria Unity and Peace Corps (NUPEC) has been commended for showing maturity and core professional ethics even as the Corps patiently await Presidential assent to its Bill as passed by the National Assembly.

The group, Southern Mandate Forum (SMF), specifically commended the National Commandant of NUPEC Dr. Chinnedu Nneji, who is described as a “gentle man whose academic prowess has  distinguished him as a true professional mediator.”

A statement signed by the National Coordinator of the group Wasiu Oloori, yesterday in Abuja, said the forum has watched with keen interest on how NUPEC has been going about in carrying out its activities since inception, adding that when finally accented to by the President the organization will benefit the country at large.

The group compared NUPEC activities in the recent times with that of Peace Corps of Nigeria (PCN) where the officials of the former had been controversially arrested and paraded for various allegations bordering on illegality.

“We made bold to say we are proud to associate with a law abiding NUPEC leadership for the kind of quality programmes the organisation is bringing on board to ensure peace reign in all the nook and cranny in the country.

“The role NUPEC played in restoring peace to Modakeke and Ife in Osun state when they were in crisis could not be forgotten in a hurry. Therefore, if this kind of organisation is empowered, both government and the governed will skeep with their two eyes closed.”

Commenting on NUPEC’s plan to establish mediation centres in all the communities across the country, SMF said the idea is a welcome one which they believe will reduce disagreement that easily lead to full scale crisis in the country.

The group said a report credited to NUPEC’s boss Nneji that ‘where there are crises, we support the idea that resolutions should be reached, dialogue should be the panacea for peace and that any time there is crises, we should find a way of resolving it. It won’t be proper for us as peace makers not to demonstrate that to our people. My approach has always been that if there are any problems, any crises, any misunderstanding, we will toe the path of dialogue and the path of peace’, is a demonstration of a good leader.

“We call on President Muhammadu Buhari led APC government to consider NUPEC’s idea of bringing solution to the numerous security challenges facing the country by first of all assent to the its Bill as passed by the National Assembly and ensure that a cool headed leader like Dr. Nneji empowered more to materialise this idea for the benefit of the country and her citizens. “