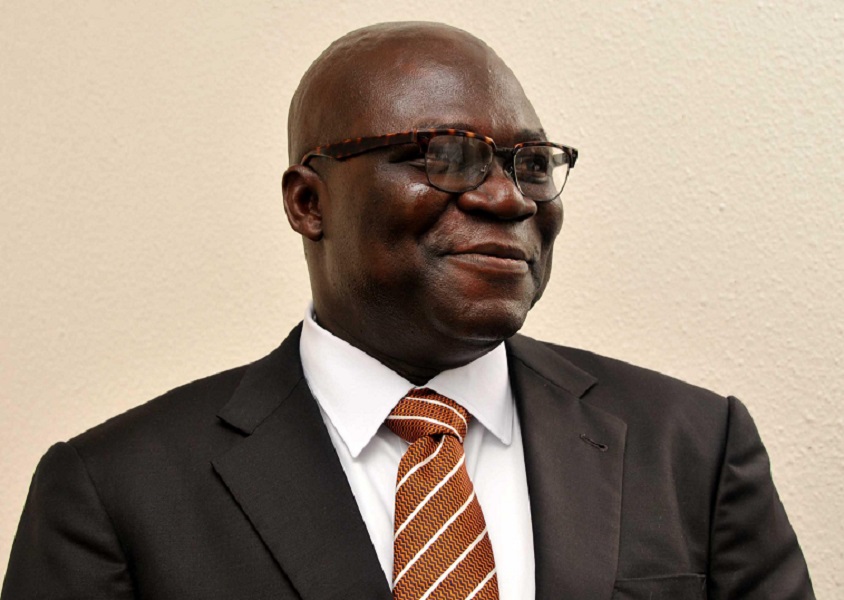 I once wrote about Nigeria’s “children of anger”, but the country seems to have progressed from anger to clinical depression, resulting in a rise not merely in social aggressiveness, but a determination by certain individuals to escape from it all. The percentage of Nigerians seeking escape through suicide nonetheless remains small relative to the size of the population, but the sharp increase in the number and frequency of reported suicides in the last two years alone speaks to a certain dysfunctionality requiring closer inquiry.

Suicide is an act of self-destruction, an escape from the self, an act of self-defeat. Whether the suicide is anomic or fatalistic, due to loss of job, broken relationships, dis-inhibition, economic deprivation, environmental factors, disability or psychosis, it usually arises from an awareness of the inadequacy of the self.  What Germans call “weltschmerz”, that is, a discrepancy between personal expectations and the reality of personal space, which for many may result in anger, aggressiveness, a feeling of rejection, isolation, inadequacy and ultimately a revolt against the self.

It is often assumed that poverty is synonymous with this resolve to deconstruct the self but the highest suicide rates are actually found in countries with wealth, and better environment, and all ten of the most popular spots for suicide in the world are in developed countries. What is certain however regardless of the place and time, is that human beings decide to abbreviate their own mortality when they resolve that they can no longer live with the discrepancy between what they are and what they would like to be, or what they have been and what they have suddenly become or what they expect and what happens to them eventually, all of this basically in the context of the imagined stigma, shame, disgrace or disappointment.

What is instructive in our own circumstance, however, is that suicide has always been frowned upon in our society: It is forbidden by law, religion, society and tradition, to the extent that in local communities, persons who commit suicide are not given any decent burial, they are thrown into the evil forest to serve as a deterrence to others, and the affected family is stigmatized.  It is for this reason perhaps that suicide cases used to be very few in our land. Besides, Nigerians are known for their optimism and resilience.

We were once described as one of the happiest people on earth, and one Dictionary describes a segment of our population, the Yoruba as the “fun-loving people of the South West part of Nigeria.”  Nigerians love life so much they describe virtually every funeral as a “celebration of life” and every life, including the poorest is advertised in funeral posters as “a life well spent.” The cemetery is seen as a desolate, lonely, outside corner of the social space where no one is in a hurry to go.  But all that has changed; or appears to be changing, for in the last two years, suicide seems to have become fashionable among seemingly ordinary folks.

I use the phrase “seemingly ordinary folks” advisedly, because the other kind of suicide that is known to Nigerians remains even surprising, and I refer here to the terrorism, religious fundamentalism-inspired suicide attempts of the likes of Umar Farouk Abdulmutallab and Boko Haram agents. When the news broke in 2009, that the former had been uncovered as a suicide bomber, Nigerians were shocked. The reaction then was that it was impossible for a Nigerian to willingly decide to die for, of all reasons, ideological or religious reasons. We were soon proven wrong when Boko Haram began to deploy both male and female, mature and teenage, suicide bombers who turned Nigeria into an extension of the killing fields of al-Qaeda. This trend continues, with the hope within the larger society, that it is something that would end someday.

What the emerging literature shows is that the conditions for every suicide vary in time and space, but in Nigeria, the reported cases point to too many cases of self-deconstruction on the basis of economic deprivation, loss of status, debt, helplessness. The responsibility of government is to ensure the security and welfare of the people. There has been a great failing in this regard, with the people driven further below their perceived reality, which reinforces the causative principle earlier defined. Some of the recently reported cases are as follows: a man ended it all because he could not give his wife “chop-money”, another woman chose to die because she could not pay off her debts, in one week in Lagos, a doctor, two women and an elderly man chose the Lagoon as their death-spot. With the way the Lagos Lagoon has suddenly become a popular spot for suicide in Nigeria, it may well  in due course, become one of the most popular suicide spots in the world.

It is noteworthy, if I must say so, that the ten most popular suicide spots on earth are associated with the sea, and bridges, with perhaps the sole exception of the Aokigahara Forest-Mount Fuji in Japan where suicide rate is as high as 100 per year.  The Japanese may tolerate suicide and consider it supernatural, but here in Nigeria, it is a growing trend that should be discouraged.  Some priests have said the Lagos Lagoon is angry and that is why it has been attracting persons to jump into it: if indeed whatever spirit that controls the Lagoon is hungry, the Oba of Lagos and his chiefs should hurry up and feed that spirit with whatever it eats. I assume that this would be a more useful venture than the partisan declaration by the Oba of Lagos that nobody should contest against the incumbent Lagos State Governor in 2019!  But how about the other unreported causes of suicide, far away from the Lagoon? This is where the dilemma lies and where our constructive social theory, and the admissibility of every piece of evidence, empirical and customary, meets a brick-wall.

As a country, society and government, we would always have to deal with deviant behaviour, into which category suicide – the ultimate act of violence and rebellion against self and society falls in this particular context, what is crucial is society’s level of preparedness to reduce the scope and range. In Nigeria, we are not prepared at all. When people fall into depression in other countries, they visit counselors and psychiatrists. In Nigeria, a prominent leader once dismissed psychology as a useless course that should be removed from the curriculum. Graduates of psychology end up doing something else, or they end up offering pro bono counseling on social media like my in-law, Joro Olumofin, but with people dying for no just reasons and jumping into the river or hanging themselves or killing their spouses and family members, this is a country in urgent need of professional counselors. Psychiatry is another relevant discipline that has been utterly neglected.

I once gave a keynote address at the Psychiatric Hospital, Aro in Abeokuta and I was again Keynote Speaker at the 100th anniversary of Psychiatry in Nigeria.  Nothing has changed since then. We don’t have enough psychiatric doctors or hospitals in Nigeria. The few psychiatric hospitals are poorly funded, psychiatric doctors are poorly treated, the discipline is disregarded, and yet this is a country of psychotic cases at all levels, the more serious cases are in government, making decisions that create more problems of bipolar disorder in the larger society.  Nigeria is a victim, like many other developing countries, of a one-sided embrace of globalization and its gains and evils. People watch TV and they are socialized into a new form of thinking that is disconnected with local values and culture. They become anti-heroes in the process. Suicide or attempted suicide has not fetched any one or any family any kind of honour in our society.

Given this sociology, greater attention needs to be paid to the increasing incidence of suicide, in the North and the South particularly, with the most vulnerable states properly identified and strategic intervention measures put in place.  A preliminary observation indicates that the most affected persons in the North are radical Islamic extremists used as pawns by the Boko Haram, while in the 10 most affected states in the South, the cause is basically existential.  This observation is based on reported cases, but with the increasing frequency, it is safe to hazard a guess that there are many more unreported cases, which may provide additional or different sociological conclusions.

Whatever the case may be, this rise of despair in the country needs to be managed. Suicide prevention hotlines have been announced, but the thought of suicide should be discouraged in the first place, through better governance, opportunities for professional counseling, and better management of mental health.  Most Nigerians don’t even know who to go to, or talk to when they are depressed! And if they know, they don’t want their private secrets to be known. When the suicide succeeds or fails, the relatives are in need of help: they will need counseling, to deal with the frustration and the shame.

I believe that suicide-related problems can be fixed.  The challenge is to convert the people’s pessimism into optimism through people-centred governance and to deliver the much-expected, much-trumpeted change in their circumstances. Disappointment leads to frustration, to anger, to despondency, to losses, to despair and ultimately to self-destruction for the weak-hearted.  But suicide is not a solution. And to those who doubt this, Teebliz, Tiwa Savage’s husband is a living testimony.  Not too long ago, he wanted to jump into the Lagoon. He said his wife, the award- winning singer, had disappointed him. He accused her of many better-unmentioned-again-things. He could not take it anymore and he wanted to self-destruct.

His suicide attempt was more or less televised, because it was everywhere on social media – it is not every suicide that is so televised- eventually he was prevented from taking the plunge, and he raved and ranted afterwards and then went quiet. Months later, he has been shown taking photographs with the same woman for whom he wanted to play a Romeo without a Juliet.  In their most recent outings, they have been shown with their son, Jamil who looks like his father’s twin, and last weekend, the boy had his Christening at a church in Lekki. Teebliz has been pictured bonding with his son and beaming with fatherly pride.

If he had jumped into the Lagoon when he wanted to do so, he would have been long dead and forgotten. But Teebliz looks much happier now, and deep within him, he must be grateful to the persons who did not allow him to jump.  He must be particularly happy seeing his son growing up into a fine young kid. There is nothing in this life that cannot be fixed and there lies the futility of suicide.