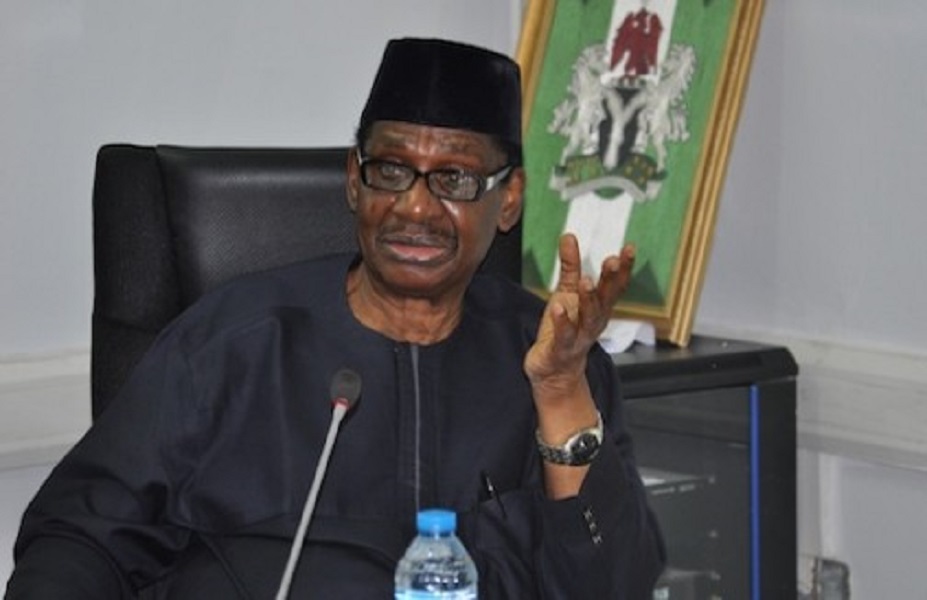 On March 2, 2017, the Chairman of the Presidential Advisory Committee Against Corruption (PACAC) Prof. Itse Sagay, took a swipe at the Niger Delta Development Commission (NDDC), accusing it of being reckless with funds meant for development in the Niger Delta region.

The Professor of Law, while speaking at the opening of a two-day national dialogue on corruption organized by PACAC in collaboration with the Office of the Vice President alleged that the NDDC “bought over 70 cars that included eight super Lexus that cost N70m each and 10 Toyota Landcruiser jeeps at N65m each.”

According to Sagay, “The cars were bought with money from funds meant for infrastructure, water, housing, hospital, schools, without conscience and without a thought for the wretched people of the Niger Delta. These huge sums were plundered from their allocations and yet the Managing Director was ironically complaining as reported by the Nation newspaper of Feb. 6, 2017 that the NDDC lacks funds to execute projects. The Managing Director also said that NDDC was in debt up to the tune of N1.2 trillion. What an irony! The recklessness with which public officers spend public funds is insensitive to the point of insanity. The level of insensitivity has become pathological.’’

In a swift reaction to Sagay’s allegation, the spokesman of the interventionist agency, Chijioke Amu-Nnadi remarked: “The NDDC wishes to state, categorically, that no such purchases have been made since assumption of office on November 4, 2016, of the current Governing Board. Indeed, it is a known fact that the Chairman, the Distinguished Senator Victor Ndoma-Egba (SAN), the Managing Director/CEO, Nsima Ekere, and the two Executive Directors are still using their private vehicles three months after assumption of duties. The NDDC is only now in the process of acquiring work vehicles, and is adhering strictly to due process. These include five (5) Toyota Prado jeeps, 10 Toyota Hilux trucks, four (4) Toyota Landcruiser jeeps, one (1) Toyota Coaster bus and two (2) Toyota Hiace buses. The Commission has just received the Due Process Compliance Certificate from the Bureau of Public Procurement, BPP, and is preparing the mandatory memo for the approval of the Federal Executive Council.”

Sagay, in his allegation against the NDDC did not clearly state the period the said vehicles worth over a billion naira were procured, neither did he disclose the management that made the order for their purchase. However, a representative of PACAC, Prof. Okon Eminue, in a statement responding to NDDC’s rebuttal maintained that Sagay was right in his claim, while explaining that the legal luminary was not referring to the present leadership of the NDDC.

Eminue said: “The NDDC ought to confirm the claim by the Chairman of the Presidential Advisory Committee Against Corruption, Professor Itse Sagay by seeking clarification on the administration under which the said vehicles were purchased. Prof Sagay is quite right. The vehicles were bought by one of the past administrations of the NNDC.

When the scam was first published with gory details, the immediate past MD of NDDC, Barr Dan Abia, was still in situ, and the vouchers and the entire scam were widely published online and in some Nigerian newspapers.

To be sure, President Muhammadu Buhari had assumed office when the scam came to light. One would have thought that the EFCC and other Anti-graft agencies would wade into the allegations at that time. Consequently, Professor Sagay’s accusation or allegation does not say that the scam is perpetrated by the current leadership of the NDDC… To that extent Amu Nnadi’s stout defence of the present NDDC Board and Management is quite proper and correct. But it is one of the past Boards and Management of NDDC that Professor Sagay actually alludes to.”

Truly, Sagay’s allegation of corruption against the NDDC cannot be said to be out of place. Corruption is generally believed to be the major factor that has hindered the performance of the agency since it was established by former President Olusegun Obasanjo in year 2000. And this is responsible for the inability of the commission to attain its core mandate of ensuring a total, holistic and sustainable regional development. Those who have been put in charge of the commission before now seemed to have only helped themselves with the funds meant for the advancement of the oil-rich zone, leaving the manifold problems confronting the region to remain unabated and the people in abject poverty and impoverishment.

The quest for a better and refocused NDDC that will have the interest of the people at heart and fundamentally address the daunting challenges facing the region was the reason why the appointment of Senator Ndoma-Egba, ex-Senate Leader and Obong Ekere, former Akwa-Ibom State Deputy Governor as Chairman and MD of the interventionist agent respectively, was described by many as a welcome development. The entire Niger Delta erupted in jubilation and the people of the region hailed President Muhammadu Buhari for making the right choice in Ndoma-Egba and Ekere. The duo are seen as men of integrity who will bring their wealth of experience to bear in changing the narrative of the Niger Delta for the benefit of the people.

The new leadership of the NDDC under Ndoma-Egba and Ekere is not oblivious of the fact that the agency has been a den of corruption where nothing seemed to have worked well in the interest of the people. The twosome have, however, left no one in doubt that they have the capacity to rebrand and reposition the commission for better performance with the various moves they have made since their inauguration in November last year.

At a three-day retreat of the Commission in Onne, Rivers State, Ekere revealed that despite the expenditure of a whopping $40 billion on capital projects, the agency was still unable to realize its 15-year master plan. There is virtually nothing on ground in the region to show that such an amount which represents 80% of the $50 billion required to actualize the vision for Niger Delta has been expended. The NDDC MD in a paper he delivered at the retreat which had stakeholders of the region in attendance argued that for the agency to maximally achieve the purpose for its creation, it must first and foremost confront and tame what he called “the dangerous beasts” that are impeding development and progress at the commission.

Before the retreat, Ndoma-Egba had at the inaugural meeting of the new NDDC board said: “The Commission lost its focus as a development commission or agency and has rather acquired the reputation, rightly or wrongly, of a contract awarding factory or machine, delivering little impactful development to the Region.

“We are coming on board at a very challenging time. The public image of the Commission is not edifying. The militancy, restlessness and lack of development are most unnerving. We must rebrand the Commission and change the public perception of it as a slush fund and this we must do through our honest work and single minded focus and discipline… We must see our appointments as a life time opportunity to make a real difference in the lives of the ordinary people of the region and write our names in gold for posterity and not an opportunity for our own slice of the proverbial national cake or short term benefits. We should keep our eyes on history.”