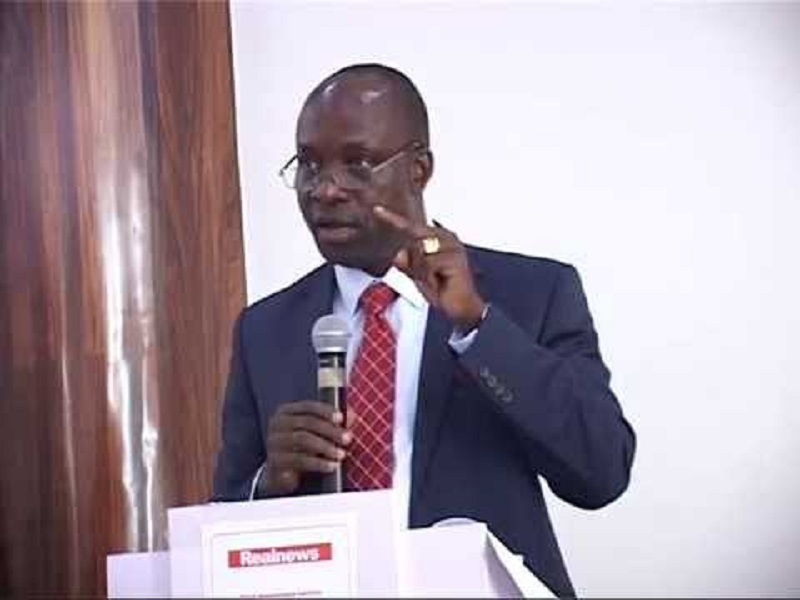 A former Governor of the Central Bank of Nigeria, Prof. Chukwuma Soludo, on Thursday said President Muhammadu Buhari had worsened the “very bad” economic situation he inherited when he assumed power in 2015.

Soludo spoke at the ‘Big Ideas Podium’, a public policy debate organised by the Afri Heritage Institution in Enugu, where he canvassed what he termed a “citizens united” campaign by Nigerians to demand change and accountability from government at all levels.

Besides Soludo, other speakers at the inaugural edition of the Big Ideas Podium were a former Cross River State Governor, Donald Duke; a former Chief Economic Adviser to the President, Prof. Osita Ogbu; and a member of the Presidential Economic Advisory Board, Prof. Akpan Ekpo.

Speaking on the theme of the debate, ‘Prognosis of the Nigerian Economy 2017’, Soludo said Nigeria was fast approaching the status of a failed state.

The former apex bank chief noted that it would take nothing short of a miracle for the Federal Government to return the naira to its exchange rate to the dollar as of the time Buhari took over on May 29, 2015.

He said, “Buhari met a very bad situation when he assumed power, but he has made the situation worse. Nigeria today is a fragile state with a failing economy. Some say failing state; some say failed state.

“The economy is not just in recession; we are suffering from massive economic compression. Saying it is recession trivialises the issue.

“It will be a miracle if after eight years, by the time it leaves office in 2023, the current administration is able to return the economy in dollar terms to the exchange rate it met when it took over.

“The truth is this government inherited a very bad situation, but it has made it very much worse.”

He criticised what he described as the “official policy of waiting for the oil price to rise.”

According to the former CBN governor, the government cannot be relied upon to provide the change that Nigerians desire.

The solution to the quest for change, according to him, is a citizens’ united campaign that will put government on its toes.

He called on Nigerians to agitate for the implementation of campaign promises by government at all levels, noting that the country would make progress if political parties kept at least 25 per cent of the promises they made before coming to power.

Soludo said, “Only citizens united can rescue Nigeria, not just the government alone. It is a big luxury for anybody to say I am minding my business, because what others do will come to mind your own business for you sooner than later.

He added, “If you see the governments run by APC, PDP and APGA, they are all the same, because Nigerians don’t hold them accountable. We must resolve as citizens not to let government off again; peaceful agitation must be encouraged and tolerated in this country. Everybody must be allowed to have a voice.

“For example, the APC promised us that they were going to restructure Nigeria; before the elections, they said the current structure was not working, they said that Nigeria was becoming a failed state; but now, they are in power and they are not getting it done.

“Unless we citizens rise up and tell the government ‘deliver on what you promised’, they will not get it done.”

Soludo added that issues such as the continuing agitation for the Presidency along tribal and religious lines were distractions that arose from the fact that Nigeria was not working.

He said, “Nigeria is not working in anybody’s interest except that of the privileged few and because of this, there is an obsession with unnecessary distractions, like which part of the country produces the President. You can have the President, the Vice President and all the ministers from one village and the life of the ordinary people from that village will not move from point A to point B.

“The North has ruled the country for several years, but poverty, to a very large extent, is a northern problem.

“In the last dispensation, we had Jonathan as President, the Finance ministry and almost all the financial institutions of government were headed by Igbos then, but we still don’t have any motorable federal road in Igboland.”

Soludo noted that the government could not provide the type of change Nigerians desired.

He added, “Change is a struggle; change is never given by a benevolent elite; no change is given by the government, the people always had to ask for change. Nigeria has been waiting for a benevolent leader since 1960 but he has not come. You will get the type of leader that the people demand.

“The change we think we need will never be given to us; we have to demand it; we have to agitate for it, and it is the sustained agitation that will bring about the change. Citizens should get involved and stop complaining.”

While reacting to Soludo’s assertions, the Presidency said Buhari was working diligently to fix the bad economy he inherited from the last administration with positive results now emerging.

The Senior Special Assistant to the Acting President on Media and Publicity, Mr. Laolu Akande, said while Soludo was entitled to his own opinion, Nigerians were entitled to the facts.

According to him, while the opinion expressed by Soludo is understandable in a democratic system, the facts are that the challenges of today are direct results of wrong decisions of the past and mind-boggling actions of those who were entrusted with leadership.

Akande stated, “Nigerians have demonstrated that they know that the Buhari administration inherited a sorry state of the economy but is working diligently to fix it with positive results now emerging.

“What even the former CBN Governor, Soludo, cannot deny is the fact that the Buhari administration has ended the bleeding of the nation and is implementing reforms.

“The Buhari administration is spending more on infrastructure at a time when resources are lean. When we had abundant revenues, what happened was profligate and plunder.

“What no one can deny is that the Buhari administration is now implementing on behalf of ordinary Nigerians a Social Investment Programme that is unprecedented in Nigeria’s history; paying poorest Nigerians N5,000 monthly; feeding school children and engaging hundreds of thousands of unemployed graduates. And there is more to come.

“The Buhari administration is plugging loopholes in several ways, including through the Treasury Single Account, raking in resources that otherwise were hidden and misappropriated, and the proper auditing of the federal payroll discovering about 30,000 ghost workers and saving billions per month.”

He added, “Another step in the right direction is the fact that Nigeria no longer has to shell out billions of dollars for the JVC cash call, bringing relief from a burden that has slowed down investment in the oil industry.

“It is certainly quite curious that very few among us will choose to ignore the new direction but make story of the burdens of the past without proper attributions. This appears to me to be selective amnesia to which they are certainly entitled.

“What would have been more patriotic is that people of goodwill will join several others working with us in this administration and offer progressive ideas and join hands with a government and administration that everyone knows is led by a President and Vice President who are trustworthy and are people of unabashed honesty and integrity.”