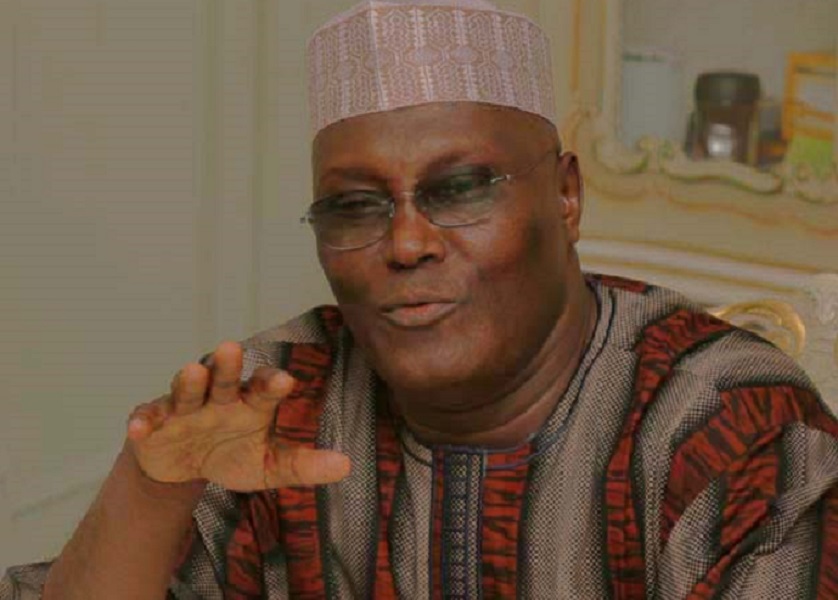 Advertisement
From Yahaya Audu, Bauchi
Former vice president, Atiku Abubakar has begged the Emir of Bauchi Alhaji Rilwanu Sulaimanu Adamu to revise his decision on the sacked of Wazirin Bauchi Alhaji Bello Kirfi.
Speaking yesterday at the palace of the emir, the former vice president said that he decided to intervene after he heard about the suspension of Bello Kirfi by the emir.
“I heard what happened and that is why I decided to come to plead with you and your council over the issue. Waziri is one of our respected elders in the north, so I am pleading with you to forgive,”he said.
He pleaded with the emir to reconsider his decision, forgive and forget what might have done by the Waziri.
Atiku admitted that despite its high regard to cultural and religious values, there might be mistakes which can be committed at one point or another and must be handled with extreme care.
Responding, the emir of Bauchi, Dr. Rilwanu Suleman Adamu commended the former vice president for the visit.
He said that Atiku has demonstrated his respect for the traditional institution and his need for peace and unity among people.
“We thank you for the visit and I promised you that we will find a way to reconcile ‎Insha Allah,”he said.
While speaking, the Chief Imam of Bauchi, Bala Ahmad Baban Inna commended the former Vice President for his effort to bring reconciliation.