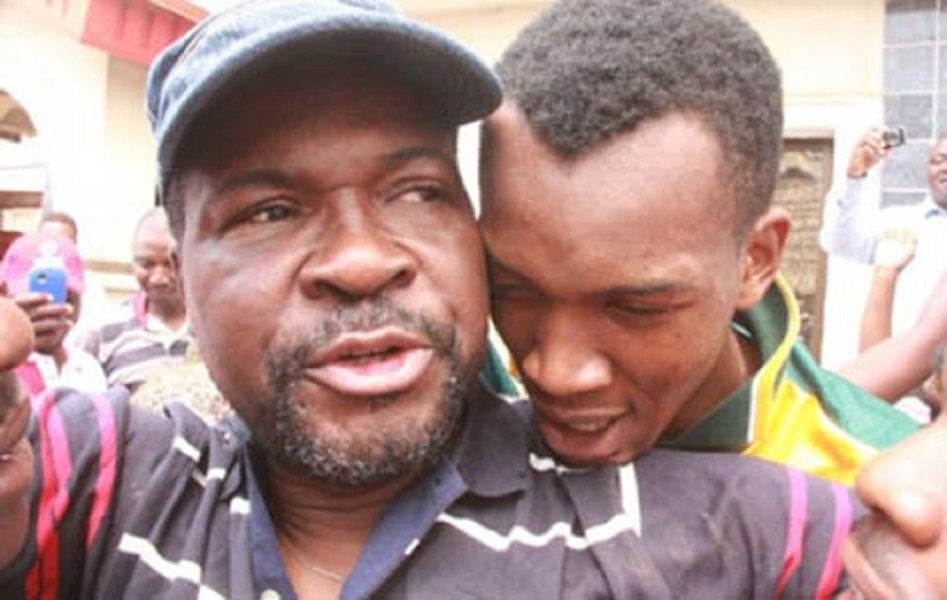 It is with rude shock and personal sense of consternation that my attention has just been drawn to online publications with numerous calls from Nigerians, that my account containing N75 million domiciled with GTBank has been temporarily frozen, allegedly based on an ex-parte order obtained by the EFCC from the Honourable Justice Abdulazeez  Anka of the Federal High Court, Lagos.

It is alleged that the said sum of N75 million is ‘’suspected’’ to be the proceeds of crime or that it is from money laundering. This is an invidious lie from the pit of hell.

For the records, the N75 million was paid into my account by my client, Governor Ayodele Fayose of Ekiti State, as part payment of Professional Fees for the numerous cases my chambers is currently handling for him (in his personal capacity) and his aides across Nigeria. The money is neither ‘’suspected proceeds of crime’’ nor of money laundering.

On the 13th day of December, 2016, I defeated the EFCC in a judgment delivered by the Honourable Justice Taiwo O Taiwo, sitting at the Federal High Court, Ado Ekiti. In his judgment dated 13th December, 2016, the court ordered the EFCC to immediately defreeze two accounts belonging to Governor Fayose and domiciled with Zenith Bank Plc, which accounts EFCC  had, illegally , unconstitutionally, an in a most uncouth and cavalier manner frozen and blocked in Zenith Bank Plc. The court described the action of the EFCC as ‘’illegal, wrongful, unconstitutional and unlawful’’.

Mr. Rotimi Oyedepo, the same lawyer who was said to have obtained the ex-parte order blocking my account from Honourable Justice Abdulazeez Anka, is the very counsel for the EFCC in the case I won for Governor Fayose before the Federal High Court, Ado Ekiti.

After the accounts were defrozen by the judgment of the court, I urged Governor Fayose to make part payment of N100 million for the numerous cases I am handling for him and his aides across Nigeria, but which he did not have funds to pay for. He then transferred, with the cooperation of Zenith Bank Plc, which was actually the 2nd Defendant in the suit, the sum of N75 million as part payment of my Professional Fees. I have since utilized the funds for the payment of salaries, school fees of my children schooling in Nigeria and abroad, with spirally inflation, and for my Mike Ozekhome Foundation (MOF) activities.

On the 19th of January, 2017, Honourable Justice Taiwo O Taiwo of the Federal High Court, Ado Ekiti, took argument on a motion for injunction pending appeal restraining Governor Fayose from withdrawing the remaining balance in his said accounts. This same motion was argued by the same Rotimi Oyedepo.

The court on the 31st of January, 2017, dismissed EFCC’s motion. He has now appealed to the Court of Appeal, Ado Ekiti, with a similar motion. The present action of EFCC is clearly calculated to overreach Governor Fayose in the appeal and also to embarrass and intimidate me from defending Governor Fayose. This will never happen. I will continue to defend beleaguered and oppressed Nigerians from the antics and high handedness of publicly funded government institutions that breach their fundamental rights.

It is sickening and inconceivable  that money legitimately and legally paid by a client to his Solicitor from an unencumbered account wholly and totally defrozen and unblocked by the judgment of a competent court of law can be termed “suspected proceeds of crime or money laundering’’. I am a practising lawyer, not a government employee, contractor or a business man. I have NEVER laundered and will NEVER launder any money in my life.

It is so shameful and disgusting when we make ourselves a laughing stock before international circles through brazen unconstitutional acts by publicly funded government institutions,  just to silent all critical voices of reason and plurality of ideas. I shall take immediate legal steps to defreeze the account, in the event that the EFCC does not immediately voluntarily vacate the said order.