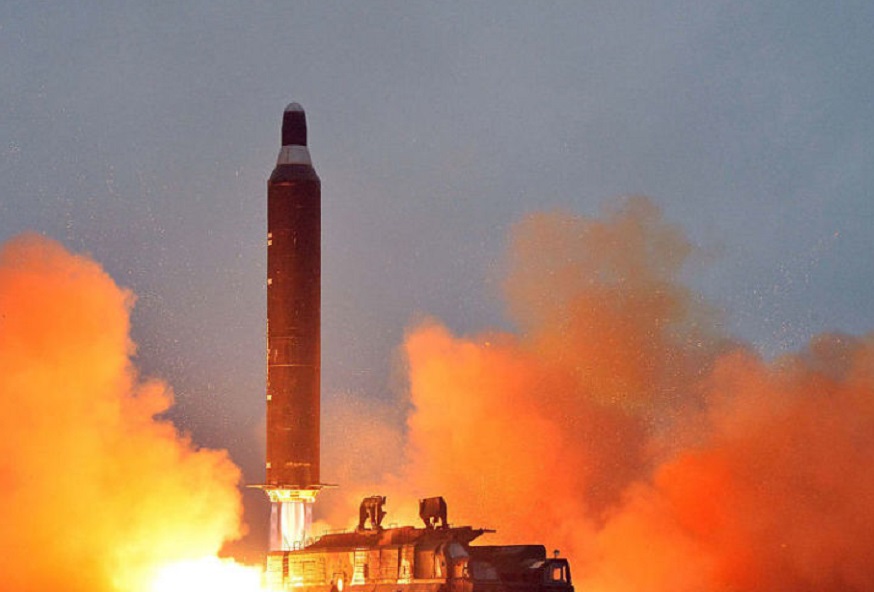 A ballistic missile launched by Iran on Sunday was North Korean in construction or design, according to the Pentagon. The missile test, which ended in failure, was not a violation of 2015’s Iranian nuclear deal, but arguably was in violation of a U.N. Security Council resolution. Either way, this latest test could set Iran on a collision course with the Trump Administration, which has promised to take a hard line on Iran.

According to Reuters, the missile traveled 630 miles before it exploded, either by accident or by design. There are no official details regarding what kind of missile it was, although it was certainly a ballistic missile. An anonymous U.S. government official told Reuters the missile was launched from a test site near Senman, east of the Iranian capital of Tehran, and said it was the same type of missile last tested in April 2016. 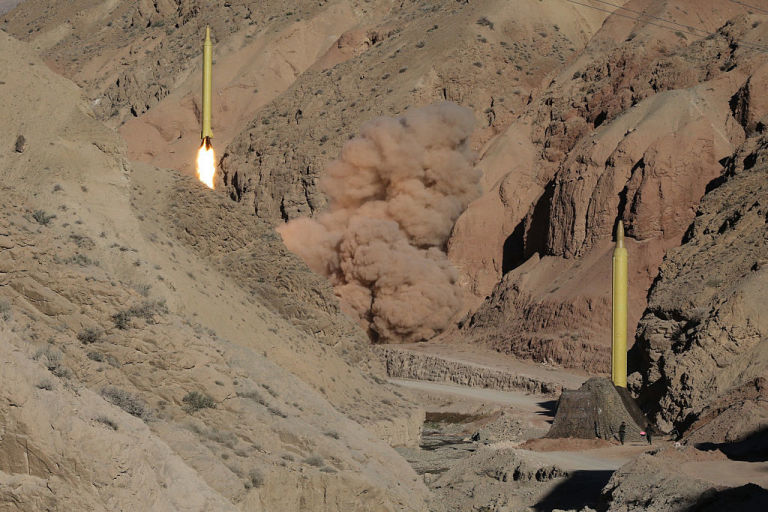 A long-range Qadr ballistic missile is launched in the Alborz mountain range in northern Iran on March 9, 2016. MAHMOOD HOSSEINI/AFP/Getty Images.

As pointed out by arms control expert Jeffrey Lewis on Twitter, the Pentagon identified the July 2016 missile as a locally produced version of the Musudan, a North Korean intermediate-range missile. Also known as the Hwasong-10, the missile is allegedly derived from an obsolete Soviet Cold War missile, the R-27 Zyb.

The Musudan has been adapted from a submarine-launched missile to a road-mobile missile, and is launched from 12-wheeled heavy transporters. The missile has a payload of 2,000 to 2,500 pounds and a theoretical maximum range of 2,500 miles. The range of the missile is open to some debate because so far, despite Pyongyang’s claims to the contrary, it hasn’t been successfully tested. North Korea may have launched as many as eight Musudans in 2016 alone, and not a single launch was considered successful by outside observers.

(Musudan by JamesMartinCNS on Sketchfab)

Missile tests are not covered by the Joint Comprehensive Plan of Action, the 2015 multinational agreement that effectively ended Iran’s nuclear weapons program. However, Iran is prohibited from testing ballistic missiles capable of carrying a nuclear warhead under U.N. Resolution 2331. The Resolution specifically calls on Iran not to test any ballistic missiles capable of carrying a nuclear warhead, or using ballistic missile technology, for eight years after the signing of the JCPOA, or after the International Atomic Energy Commission has determined Iran has lived up to its end of the deal.

The U.S., Britain, France, and Germany have all complained that three previous Iranian missile tests since the JCPOA was signed violated UN Resolution 2331. This latest test is the fifth since the agreement was signed.

The missile test is also a test for the new Trump Administration, which took a hard line against Iran during the election. In 2015, then-candidate Donald Trump described the JCPOA as “horrible” without any specific objections. He then agreed to try to honor it, but later pledged to dismantle it.