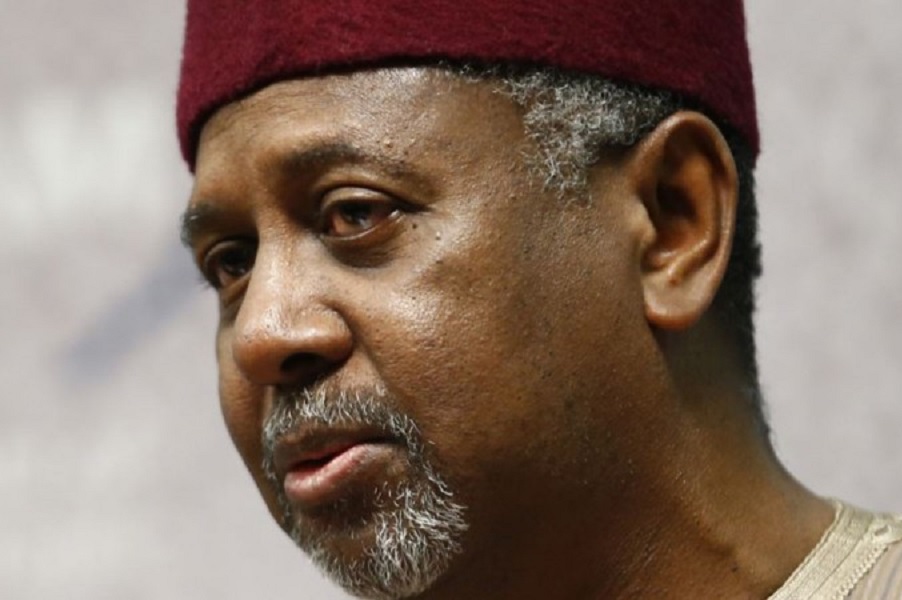 Advertisement
The trial of a former National Security Adviser, NSA, to ex-President Goodluck Jonathan, Col. Sambo Dasuki (retd) before Justice Hussein Baba-Yusuf of the Federal Capital Territory, FCT High Court sitting in Maitama, scheduled to commence on Friday, February 24, 2017 could not go on after all following a fresh application by Dasuki’s counsel, Ahmed Raji, SAN.
Dasuki is facing a 22-count charge of illegal diversion of N19.4billion from the Office of National Security Adviser, ONSA account. He was docked alongside former governor of Sokoto State, Attahiru Bafarawa and his son, Sagir.
Others arraigned with them are a former Director of Finance and Administration, ONSA, Shuaibu Salisu and a former Minister of State for Finance, Bashir Yuguda.
They are alleged to have conspired to steal the fund which was part of the $2.1billion meant for the purchase of arms to combat terrorism in the North-East using a company, Dahaltu Investment Limited, listed as the 4th defendant in the charge as conduit pipe for the alleged diversion.
At the sitting today, Raji told the court that he was not ready for the commencement of trial because he had an application for consolidation, pending before the court.
“It will amount to a waste of time if the issue of the application is not resolved because it has a connection with the sister case”, he said.
Responding, counsel to EFCC, Rotimi Jacobs, SAN, decried delay in commencing the trial, adding that after arraignment in 2015, the trial was yet to commence.
“Your lordship gave a sufficient time since the last sitting on January 24, 2017 in which the 2nd defendant (Dasuki) could have filed any motion, but he filed it only yesterday, and the sister case has commenced already.
“He just wanted to try his luck, this should not be a legal gambling”, Jacobs lamented.
In the sister case, Dasuki was arraigned on a 19-count bordering on diversion of funds.
All the cases are now pending before Justice Husseini Baba-Yusuf.
After listening to the submissions from parties, Justice Baba-Yusuf adjourned to March 2, 2017 for hearing on the motion.