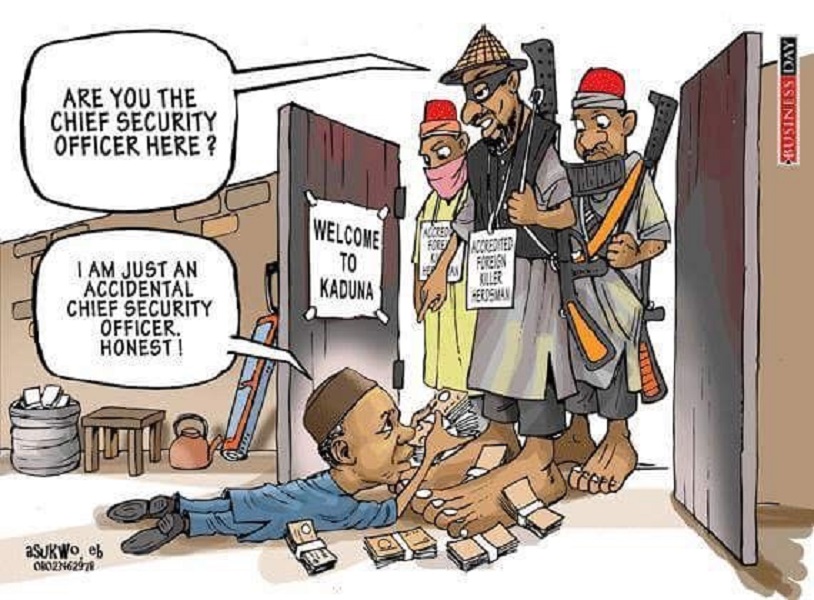 The 17 Southern States chapter of Christian Association of Nigeria, CAN, yesterday slammed Kaduna State Governor, Nasir El-Rufai over the ceaseless killing of Christians in the State.

Secretary of CAN in the region, Dr. Joseph Aka Ajujungwa, who spoke alongside the Chairman of CAN in the South-East, Most. Rev. Prof. David Eberechukwu, in a separate press statements, declared that the group was holding El-Rufai responsible for the murder of hundreds of Christians in Kaduna State.

They said it was regrettable that the Gov. El-Rufai who took oath of office to protect lives and properties in the State was now looking the other way while residents of the Southern Kaduna were being slaughtered.

“The nonsensical killings in the Southern Kaduna cannot be justified in whatever way and as such the CAN is holding Governor El-Rufai responsible for the murderous activities of Fulani herdsmen in the area.

“How can the Chief security officer of the State watch Christians die in their number even at a time he placed curfew on them? This is why we hold him responsible for the killings.

“It is even more surprising that at this point when we should be talking of solutions, some Muslim groups are busy attacking Christian leaders and calling for their arrest merely because they spoke out against these barbaric killings.

“The Governors in the Southern region made concerted efforts, which saw to the end of the violent activities of these herdsmen but in the case of Kaduna State, El-Rufai’s body language is questionable”, they noted.

CAN alleged that the development was “a subtle way to kill all the Christians in Kaduna State. We have seen it as a way of using the Funali herdsmen to destroy the Christian foundation in Kaduna and Nigeria in general.

They called on President Muhammadu Buhari “to quickly intervene in the on-going killings by taking decisive action before the situation gets out of control.

“We want to make it clear that no matter the level of intimidation, the CAN would not fold its hands and watch this atrocity continue. We won’t be coerced into keeping quiet while our members are being mowed down in thousands.

“We, therefore, call on Christians and the good people of Nigeria to be vigilant and watchful so that these herdsmen will not take them unawares any longer”, the statement reads.