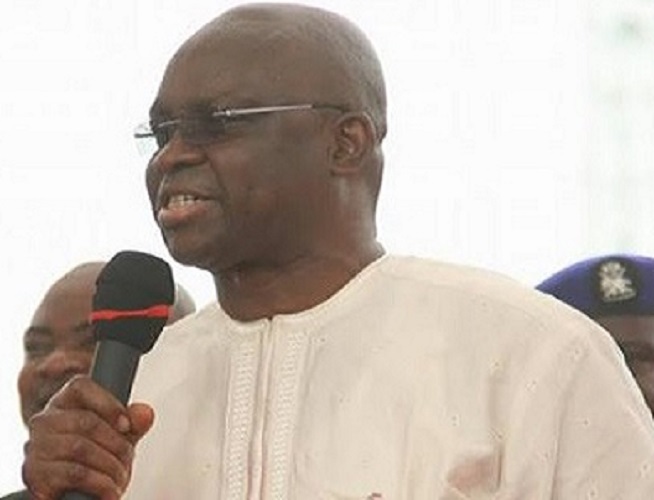 Human Rights Activist, Osuagwu Ugochukwu has said in line with the Nigerian constitution, Ekiti state governor, Mr Ayo Fayose is not above impeachment.
It would be recalled that the Ekiti governor has in a letter to the Chief Justice of Nigeria raised an alarm over an alleged plot by the APC to impeach him.
But Ugochukwu said once provision of section 188 of the Nigerian Constitution is completed a Governor can be validly impeached upon a resolution to be adoptedby not less than two-thirds majority of all the member the State House of Assembly
He said, “To me Governor Fayose is not above being impeached. Any Governor can be impeached by His or her state house of Assembly and there is nothing undemocratic about it.The process for impeaching a Governor of a State in Nigeria is contained in Section 188 of the 1999 Constitution.
“Once adopted the Governor shall stand removed from office as from the date of the adoption of the report.
“If the impeachment process succeeds in Ekiti state then Fayose stands removed as Governor. The office of the Governor will pass to the incumbent Deputy-Governor, and he will take the oath of office. Fayose should note that once he is impeached he loses immunity from arrest and prosecution and can be arrested by the IGP and prosecuted if there is any crime he may have committed.
“There is no point running to the Chief Justice of Nigeria.The CJN cannot save him from impeachment which is a legislative process. Those who are linking me to the plot to impeach Fayose are wrong. Besides there is nothing unlawful if the Ekiti House impeaches Fayose by complying with the Constitution. Let Fayose face his cross alone.”