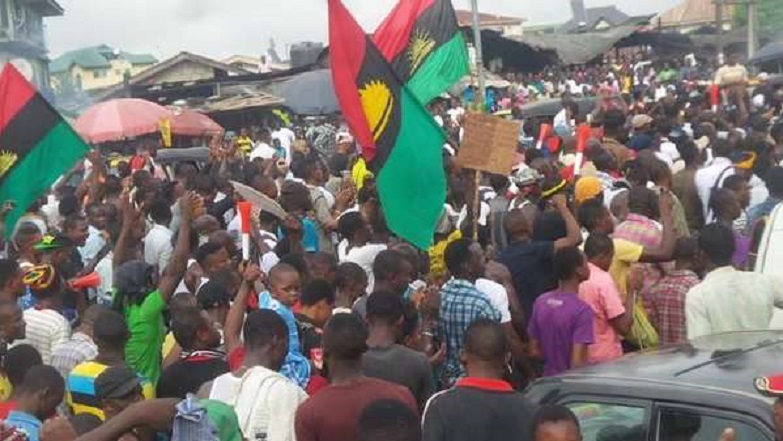 As against the insinuation from many quarters across the globe that Chief Ralph Uwazuruike is poised to witness against Mazi Nnamdi Kanu under mask, the faction of the freedom fighters, Biafra Independence Movement, BIM, under the control of the Onu-Imo born legal luminary who stand as the first Igboman to resurrect the consciousness of thousands of the youths in the South East and South-South regions of Nigeria said they have banned the Deputy Director of Radio Biafra, Uche Mefor, 2 other IPOB leaders from visiting Igboland over alleged destructive activities.

In a statement issued on Wednesday in Onitsha, Anambra State and signed by Biafra Commandos’ Commanders in Anambra North, Mr. Christian Oguchi and his Anambra East counterpart, Emeka Onele, BIM cautioned IPOB to concentrate on its fight to secure the release of the detained Radio Biafra Director, Kanu rather than engaging in the campaign of calumny against their perceived enemies.

“One thing the IPOB leaders must understand, if they are really freedom fighters are for them to learn and bear pains, get arrested and detained by the evil Nigerian Security agents.

“Raising false alarm, issuing statement to get Biafra in 3 months, calling Nigerian President Buhari as a madman would lead them to destruction rather than freedom” Biafra Commandos’ Commanders cautioned.

Among other members of IPOB banned from visiting Nigeria are the 3 principal officers of UK Based IPOB members including Mr. Alphonsus Uche Okafor Mefor, Mr. Emma Nmezu and Dr. Clifford Iroanya with warring that they should take whatever that may come their way should they venture to return to Igboland through Onitsha, Anambra State until they show evidence of seriousness on the Biafran struggle.

Stating that BIM Security has been structured to strip them naked if they flout this ban, Chief Ralph Uwazurike’s faction promised similar treatment to them as was meted on Nnamdi Kanu in 2010 when he visited Afara Ibeku in Umuahia.

“Though these UK Diaspora officers of IPOB from our investigation have not visited Igboland for the past 13 years, they are hereby banned further from coming home”.

“If they come to Igboland, we will definitely fish them out, arrest them, stripe them naked and parade them on the streets without inflicting any way physical injury on them. They pretended to be brave while they are the most cowardly elements in the United Kingdom, UK.

“In UK they are lords because they are internet fraudsters but in their respective communities in Igboland, they are bloody slaves. This ban is binding on them until they show evidence of seriousness to actualize Biafra rather than casting people and deceiving the gullible Igbo youths that they will get Biafra in 3 months”. BIM warned.