The trouble with Mazi Odera, an acutely depraved savage who has cleverly turned himself into a social media boogeyman, is that he takes himself too seriously. And we are all to blame for that. Yes. We all – who allow him to torture us with his bad English which he spices up with vernacular to shield his rabid foolishness, who indulge him when he shows his lack of scholarship or infidelity with truth, and regales us with his voodoo analysis, we are all to blame for not calling him out and giving him a very simple advise that will help his personal growth – “Mazi nwanna, go back to school.” 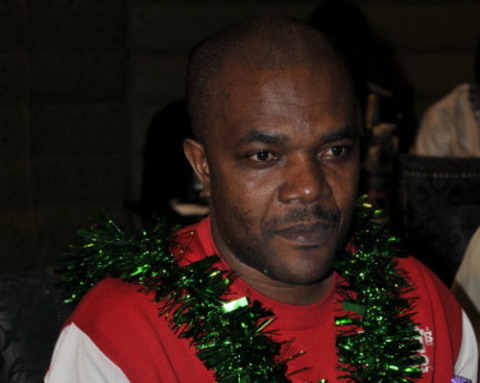 Yes, for years now, we have all allowed Stanley Chira, sorry, Mazi Odera to carry on like a battering ram that suddenly found itself in a roomful of mirrors, raging at his own silhouettes and illusions and enjoying a half-hearted applause from an audience that is waiting for someone bold enough to pull the metaphorical trigger and put an end to his dance of self-immolation. While I am reluctant to be the gunman that will bring Mazi’s comic relief to an end, I find it worrisome that our continuous fascination with this sad spectacle has encouraged Mazi, a mere butterfly, a strange type of butterfly, one with neither grace nor colour, to imagine himself a bird.

Our collective silence has egged this strange butterfly to conclude that just because a few drowning politicians engage him to hurl insults at their opponents and exhibit his peculiar monkey chants, he has garnered enough relevance to write open letters to sitting governors and indulge in vacuous grandstanding and puerile name-dropping. One wonders what should be considered the greater offence in Mazi Odera’s tortuous writings; is it his “young” English or the tendency to stake a claim to relevance by dropping the names of important people or just his plain nuisance?   The question is, beyond Mazi Odera’s usual name calling as he often does to Chief Victor Umeh and lately, Chief Willie Obiano, what substance does his writing carry? Writing under so many fake identities like APGA Alaigbo and Odimma Anambra on facebook and other social media handles and as Mazi Odera on yahoogroups, Stanley Chira has failed to elevate his personal and assumed lives beyond a stifled joke. Materially, he continues to grovel in the sand. Morally, his account balance is in the red.

In all honesty, I am scratching my head, searching for what might count as important in Mazi Odera’s online dance of shame beyond the hurling of insults and the posting of photographs. One cannot but wonder whether Stanley Chira has a family and if he does, whether they are aware of what he does for a living. What picture does he cut when he sits back at home every day behind his computer, manufacturing lies for sale?

The high performing governor of Anambra State, Chief Willie Obiano has come under Chira’s crude attacks in recent times. A pitiable hack-writer without the slightest sense of shame, Odera had been teetering on the edge of delusion and misplaced anger after his application to become Obiano’s official social media lose canon was politely rejected. Obiano’s aides advised him to hawk his dark talent elsewhere. Since then, Chira has been making endless efforts to drag them to the gutter for a free-for-all but they have chosen to stay above the fray. Those of us who have been watching his attempts to provoke them into a direct response to his spurious stories on their boss in different yahoogroups are often amused at how low Chira has sunk and how high Obiano’s media aides have soared by sticking to the path of honour. On my own part, I have decided to shove it down the throat of this little savage with this post.

The cheap vermin who has long been on the “wanted” list of the Chinese authorities for drug-related offenses, had hoped that Obiano would, as was the wont of some of his predecessors, abandon the civilized imperative of building consensus as a leader and go on to recruit imaginary enemies for himself and then hire some dirty character assassins to mow them down. Buoyed by the continued retention of his services by former governor Peter Obi and lately, the embattled governor of Abia State, Chief Theodore Orji, Chira had made repeated overtures at Obiano only to be told that after leaving the commanding heights of corporate Nigeria, the governor of Anambra State considered his crude merchandise too coarse for the state that prides itself as the light of the nation. In unmistakable terms, Chira was told that his shameful profile as an internet thug that attacks innocent people for a fee does not fit the character prototype of governor Obiano’s vision of the Anambra citizen of his dream.

Ever since Chira and his savage appetite were turned back from the Awka Government House, the low life who has also been repeatedly fingered for human-trafficking has teamed up with some out-of-favour politicians in Anambra State to distract the governor. He has been particularly passionate about his mission, digging deep into the recesses of his crime-rich mind to concoct lies against the governor of Anambra State and pass them off as facts. After years of drifting aimlessly on the cyberspace and baying at the enemies of his clients, Chira has gained the attention of Anambrarians in Asia and the US who have been cut off from home for so long that his senseless tirade on the internet is their only source of the usual Nigerian diet – the rage against the government and the few amongst us who have made it against all odds. Always hopeful to see someone’s sacred cow assaulted, this group of nostalgic Nigerian economic exiles have Chira to thank for his peculiar menu of lies.

It is however not surprising that some disgruntled politicians have continued to retain his poorly formed skills, feeding him with the lies and half-truths they glean from the moles they have installed in the living rooms of their opponents. But perhaps, nothing else demonstrates Chira’s poorly formed mind than the almost childlike manner in which he usually hawks such confetti of lies from his paymasters as products of his own investigative efforts. Those who are patient enough to read his irredeemably poor English often come away wondering how he could have imagined that anybody would believe that those stories were not handed to him by vendetta-seeking politicians. Acting like a human robot who has absolutely no cognitive ability, Chira often latches onto any idea that his paymasters ram into him, parroting and defending them with a laughable messianic zeal.

It is however baffling how the former governor of Anambra State, Chief Peter Obi has continued to retain a savage like Chira as his attack dog. Obi has often been considered an intelligent man who knows how to outfox his political opponents in the polling booths and the courtrooms but his use of this Idemili-born lowlife to rail at his enemies shows some gaps in his strategy. And as he battles to keep his political life inside his skin in the unfolding realities of the 2015 elections, Stanley Chira or Mazi Odera or APGA Alaigbo or Odi mma Anambra or whatever inchoate moniker he chooses to assume at any-time is one a costly mistake Obi cannot afford to retain. As one man who single-handedly subdued all negative political forces that held Anambra down for years, Peter Obi should strive to rise above the echo of political stragglers in his own state and seek to provide leadership at the pan-Igbo level. And if I were to advise him, I would say that one of the first sensible steps to take is to distance himself from Mazi Odera and seek the professional advice of notable Public Relations experts who will tell him what to do. It is only then, perhaps, that he will realize how badly Mazi Odera has eroded his brand equity with his crude posturing as a hack.