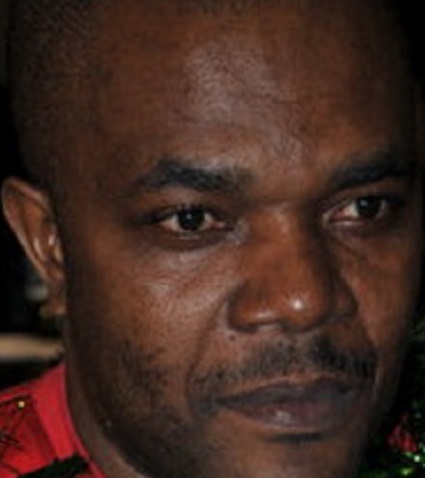 One of the perplexities of Anambra State is the continued menace of Awka Etiti born Stanley Chira who masquerades on Facebook as APGA Alaigbo of Mazi Odera. Many people find it perplexing that a state that prides itself as the Light of the Nation should allow Chira such a free reign that he has now earned enough notoriety to become the subject of public discourse. Indeed it is perplexing how a rehabilitated drug-dealer who cannot even write his own name without misplacing the alphabets has been allowed so much space in a state that gave Africa the Great Zik and so many other intellectual pioneers.

The irony of Chira’s emergence is that he was dug up from the gutters of Shenzhen, China, by a former governor of Anambra State who is also a Papal Knight and given the dirty job of running down his political opponents. Yes, you heard me – Stanley Chira was commissioned to tear down respected indigenes as well as the government of Anambra State by someone who recently endeared himself to Nigerians as the quintessence of virtue; someone who goes around delivering empty public lectures across the length and breadth of the country, posturing as the best thing that has ever happened to responsible governance in Nigeria. It was this same former governor who put Chira on Senator Uche Ekwunife to sully up her image and erode her public appeal in the previous political dispensation. Today, the table has turned around and the two are in the same camp. Expectedly, Chira the dog has returned to his vomit, trumpeting Ekwunife whom he had publicly branded a “prostitute” as the only political “Iyom,” a term of reverence reserved to dignified women in parts of Igbo land.

Stanley Chira alias APGA Alaigbo is a rancid smelling scoundrel who has no scruples whatsoever. Chira can do anything for money. He has no deep believes, no philosophy and no fear of God. He lives for the moment; thumping his chest without any challenge and patting his own back for doing a good job of muddying up reputations that took a lifetime to build. As ordered by his paymaster, Chira has hurled insults at highly revered personages like Chief Emeka Anyaoku, the only African Secretary General of the Commonwealth, Igwe Alfred Achebe, the Obi of Onitsha, Chief Willie Obiano, Governor of Anambra State, Dr. Ifeanyi Ubah, proprietor of FC Ifeanyi Ubah, Senator Uche Ekwunife, Senator Chris Ngige, Chief Mrs. Ebelechukwu Obiano and all the bishops of both the Catholic and Anglican Church in Anambra State as well as respected traditional rulers who sit on the ancient stools of our ancestors. Everyone is fair game for Chira so long as the money is good.

To underscore APGA Aliagbo’s shameless life, he was the only facebook rodent who accepted to launder the image of former governor Theodore Orji of Abia State at a time when all performance indices in Abia pointed downwards. Chira shamelessly published pictures he sourced from other places as projects fully executed by Orji. He was on a N500,000 per month salary for doing such a voodoo job for Orji. Chira has no qualms about the moral statement of whatever he does. A little over a year ago, Chira circulated a cruel story on facebook alleging that the wife of the governor of Anambra State had died in America. The report came several months after he had reported that the governor himself was caught in his living room with Princess Chinwe Nwebili, the former Speaker of the House of Assembly on his laps. Nothing is sacred to Chira. Nothing. Nothing even his own mother’s nakedness. If he is offered a little change, he would photograph his mother in the bathroom and share the offensive images with the world.

The shame of Stanley Chira is that he is funded by a former governor who visits Rome every now and then and prides himself as a Papal Knight. The easiest thing to do would have been to dismiss both characters as the typical rotten palm nuts and the broken mortar but the worry of such a hurried dismissal is that Chira is seriously creating disaffection among our people with his smear campaign against everything that is good about Anambra State. A typical example of how dangerous Chira can be may be seen from his vicious manipulation of the controversy surrounding the leakage of the sex tape of former Miss Anambra in a bid to rope the governor of Anambra State into the scandal. Of course everyone knows that it is a blatant lie to allege that the governor is too busy with the demands of his office to be bothered about Chira’s abominable claims but the very fact that Chira could even contemplate what he did shows just how unrestrained he is.

And still, the perplexity is that Chira is funded by Mr. Integrity himself!