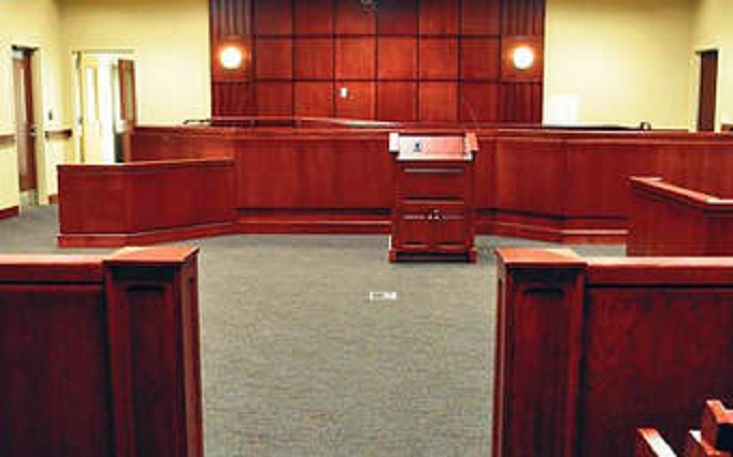 Justice Rita Ofili-Ajumogobia of the Federal High Court is in fresh trouble for allegedly receiving N5m from a Senior Advocate of Nigeria, The PUNCH learnt on Monday.

Sources within the Economic and Financial Crimes Commission told our correspondent that the SAN had been invited to explain what the money was meant for.

A detective in the EFCC said, “We have evidence that Justice Ofili-Ajumogobia collected N5m from a senior advocate. We have invited him (the SAN) and he is supposed to appear this week.”

Ofili-Ajumogobia, who acquitted a former Minister of Aviation, Chief Femi Fani-Kayode, last year is believed to own properties worth almost a billion naira in Lekki, Ikoyi and London.

Earlier in the year, the National Judicial Council barred her from getting any promotion for the remainder of her career.

No fewer than 10 SANs and five other lawyers are in the soup for allegedly bribing some judges.

Impeccable sources within the EFCC told our correspondent that some of the senior advocates paid money into the bank accounts of the judges while some others sent cash to the judges via proxies.

A source specifically told The PUNCH that some of the SANs had pending cases before the judges when the money was given to the judges.

Some of the senior advocates who had been quizzed by the EFCC include the National Legal Adviser of the All Progressives Congress, Dr. Muiz Banire; Norrison Quakers, Rickey Tarfa, Chief Felix Fagbohun, Paul Usoro, Joseph Nwobike and Valentine Obi.

Four lawyers, who are not senior advocates, were also quizzed. They are Lai Arikewuyo, Titus Orimijupa, Bayo Onitubora and Iniebong Etek.

It was learnt that three other SANs – Joe Gadzama, who contested the Presidency of the Nigerian Bar Association; Chief Adeniyi Akintola and Godwin Obla – had also been invited by the commission as well as another lawyer, Mr. Kola Olateru.

It was learnt that the senior advocates, who had been quizzed, had made useful statements while their passports had been seized.

A source at the commission said, “We quizzed them because they had at one time or the other deposited money into the bank accounts of judges. Many of them claimed the money was not a bribe but the troubling element there is that some of them had cases before the judges.

“For instance, Justice Terseer Fishim of the Industrial Court was handling the cases of some of the SANs in question and yet he received N550, 000 and N200,000 from two SANs.”

A Federal High Court Registrar, Helen Ogunleye, was also arrested and quizzed by the EFCC.

The commission alleged that her modus operandi was to refer lawyers to judges willing to cooperate for a  fee.

“We have evidence that she gave one of the judges money at the Federal High Court in Jos. We are still investigating the matter,” the source said.

However, some of the lawyers, who were quizzed, denied any wrongdoing, insisting that the money they gave to the judges was not a bribe but financial assistance.

In a statement, Banire said he never bribed anybody, adding that he only gave money to a friend, who coincidentally happened to be a judge, who needed money for the burial of his mother

All attempts to get other senior advocates – Obi, Obla, Fagbohun and Usoro – proved abortive as their telephones indicated that they were switched off.

Another SAN, Quakers, said he did not give a bribe to any judge, stating that he was at the EFCC to assist the commission with investigations.

In a terse text message he sent to our correspondent in response to a question on if the EFCC quizzed him for alleged bribery, he said, “No, it (EFCC) did not. I merely assisted them in their investigation. Many thanks.”