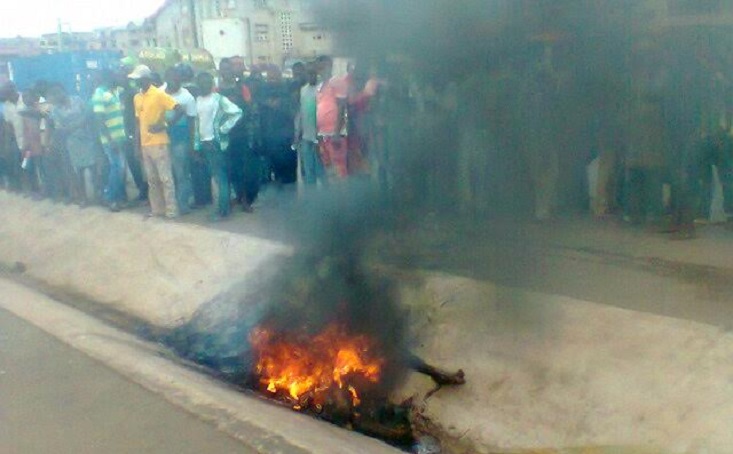 By Ogbonna Casmir
A daredevil and Notorious Armed Robbery Kingpin who has been a torn on the flesh of members of the public and part of those notorious armed robbery kingpins that recently met their waterloo around Bisalla road axis of Enugu state where they clashed with security operatives of the command after wrecking havoc at Edinburgh axis of Ogui New Layout where they had allegedly shot a victim.
The armed robbery kingpin identified as  Uchenna Ngene aka Youngboy as he is addressed by his gang members  is said to have played an immense role in the attack of police operatives sometime in 2016 at New Haven and Igbariam axis of state where an ASP and Inspector were allegedly shot and killed before their last operation at Obiagu axis of the state where most of his gang members met the end of their road and he managed to escape.
Confirming the incident by the state public relations officer, SP, Ebere Amaraizu said operatives of the special anti robbery squad of the its command true and intelligent information trailed the suspect to his hide out at Akwuke in Enugu south Local Government Area of the state where on sighting the operatives from the roof top of the uncompleted building where he was taking refuge, quickly opened fire on the operatives who responded timely and which saw suspect fatally injured.
“He was promptly rushed to Hospital for medical attention but was later confirmed dead by the Doctor on duty just as the body has been deposited at the University of Nigeria Teaching Hospital Ituku/Ozalla Mortuary.
“Recovered from the suspects is an english made cut to size double barrel riffle with some expended/live cartridges”.
Amaraizu said, the Deputy commissioner of police in charge of Administration Dcp Imaikop Okpongkpong who is acting as commissioner, appreciated the efforts of the operatives and the partnership between the command and other relevant stakeholders that led to the feat.
He assured the people according the PPRO that the command in partnership with the sister security agencies will stop at nothing towards ensuring a smooth and hitch free yuletide celebration.
The spokesman of the command said few weeks under review, its operatives have intensified massive onslaught against crime and criminality which has been yielding the desired result.