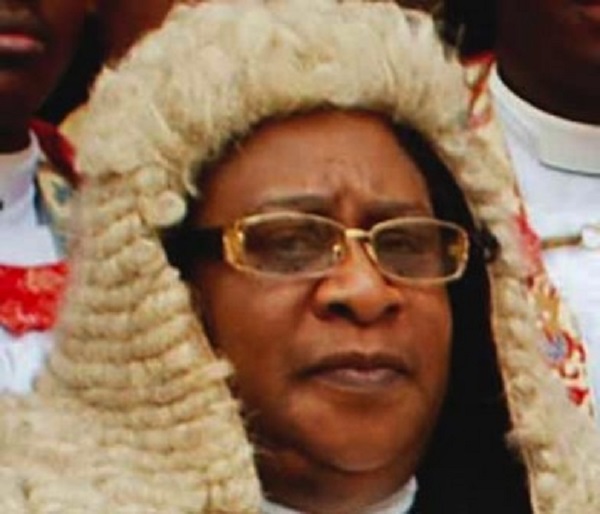 The Abuja Division of the Court of Appeal, on Thursday described as a rape of democracy and miscarriage of justice, the judgment of Justice Okon Abang of a Federal High Court Abuja, thar sacked the Abia State Governor, Dr Okezie Ikpeazu.

Loading ...
The appellant court, which restored the mandate of Governor Ikpeazu as the duly elected governor of Abia State, also set aside the judgment of justice Okon Abang delivered on June 27, 2016.

“From whatever angle one looks at the judgment of the trial Judge, the decision of his court was grossly erroneous.

“The inadequacies of the tax receipt cannot be visited on Ikpeazu who scored the highest votes in the 2015 governorship elections as doing so will amount to rape of democracy.”

“In all, the appeal court set aside the judgment of Justice Abang delivered on June 27 for being a nullity an a miscarriage of justice that must not be allowed in law.”

The Federal High Court removed Ikpeazu from office on account of supplying false information to obtain his party nomination for the 2915 governorship election.

The appellate court however on Thursday voided the legal action which brought about the judgment of justice Abang on the ground that the originating summons relied upon by the judge to give the judgment did not comply with any known law in the country .

Justice Ibrahim Shata Bdliya who delivered one of the lead judgments  in an appeal filed by Ikpeazu, held that Justice Abang  erred in law by assuming jurisdiction in an originating summons that was not signed by any identifiable legal practitioner among the three lawyers that issue the said summons.

In the unanimous judgment of the court, the federal high court judgment delivered on June 27th  was said not to have been competent having been based on an originating summons that was invalid, null and void.

Apart from not signing the originating summons, the appeal court held that the suit filed by Dr. Samson Ogah did not disclose any cause of action because it was filed even before the appellant (Ikpeazu) submitted his documents to the Independent National Electoral Commission (INEC).

Justice Bdliya agreed with counsel to the governor Chief Wole Olanipekunsan that it was not the duty of the court to begin to search for the signatory to the originating summons to authenticate it as required by law.

The appeal court further agreed with Olanipekun SAN that Justice Abang erred  in law by making findings at the interlocutory level of case by taking a stance on issues in the main suit.

The court also upheld the submission of Olanipekun SAN that because of the circumstances if the issues in the suit, the suit ought to have been Instituted through the use of writ where witnesses can be called to make clarifications on the the disputed issues, rather than  using originating summons that does not require the calling of witnesses.

In another Judgment by Justice Helen Morenikeji Ogunwumiju, the appellate court held that Justice Abang raped democracy in his order that the Independent National Electoral Commission (INEC) should issue a certificate of return to Dr. Samson Ogah when there was no evidence of forgery of criminality against the appellant.

According to the court, the judgment of Justice Abang was grossly erroneous because it was based on inadequacy of tax receipt that cannot be visited on the appellant (Ikpeazu).

“After reading through the judgment several times,  I was amazed at how the trial Judge arrived at his conclusion of pejury against the appellant when there was no evidence of forgery. To say the least, his findings are ridiculous.

“The Judge must have sat in his chamber, unilaterally assessed and computed the tax of the appellant and came to the conclusion that he did not pay the required tax. But let me say that courts are not allowed to speculate as the trial Judge has done in the instant case.

The trial Judge spoke from both sides of his mouth when in one breadth, he claimed that he based his findings on supply of false information and in another breadth, he came to the conclusion that the appellant in this matter committed perjury, even when there was no allegation of forgery and no allegation that he did not pay tax.

Justice Ogunwumiju also agreed with Olanepekun SAN  that the Federal High Court Judge turned the head of the law upside down in his conclusion that it was the appellant that should bear the burden of proof on the allegation made by Ogah.

“With respect, we disagree with him (Judge) in this conclusion because it is the person that makes allegation of falsehood that must prove it.”

The Appeal Court also held that Justice Abang erred when he imported the phrase ‘as at when do’ into the PDP 2014 guidelines.

The court also awarded various sums of money against Ogah as cost.

Who is afraid of violent change in Nigeria? – By Sanusi Muhammad