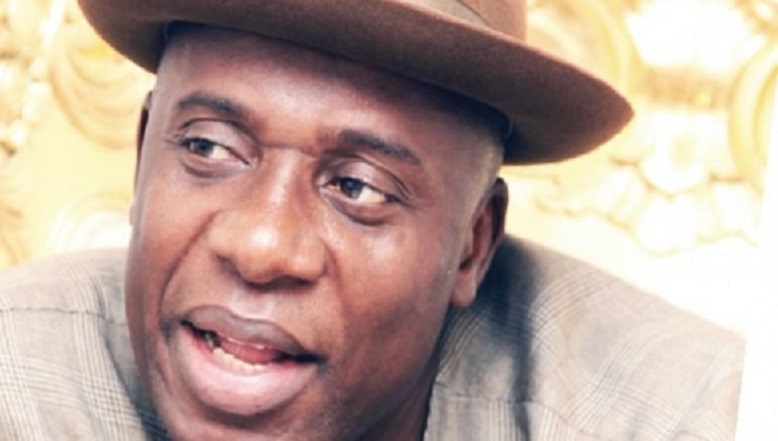 The Ijaw Youth Council (IYC) Worldwide has berated the Minister of Transportation, Mr. Rotimi Amaechi, over comments credited to him concerning the establishment of the Maritime University in Okerenkoko, Delta state.

Ameachi, at the Federal Government Town-Hall meeting at Uyo, Akwa Ibom State had allegedly stated that N19bn was used to acquire empty land for the establishment of the University, as he opposed the current moves by the Federal Government to negotiate with stakeholders over rampaging militants in the Niger Delta region.

According to IYC, after commencement of work at the permanent site, the Federal Ministry of Transportation approached ex-MEND warlord, Chief Government Ekpemupolo alias Tompolo who reportedly owned a diving school at Kurutie, another community in Gbaramatu Kingodm to acquire his private diving school to be used as temporary site for the Maritime University.

IYC noted that the Diving school at Kurutue was an existing school with state of the art facilities and structures completely built before it was acquired.

IYC said that the completed diving school was then sold to the Federal Ministry of Transportation at the valuation done by the ministry.

“Therefore, it is deliberate mischief for Mr. Amaechi who is now the Minister of Transportation and has access to all relevant documents to claim that land for the Maritime University,

“The land for the university was acquired for less than N2 billion naira contrary to Mr. Amaechi’s claim.

“It was the temporary site, which is a completely built up land with structures and world class facilities that was acquired for about N13billion naira, which again is far less than Ameachi’s N19 billion naira claim,” IYC reiterated.

“Mr. Kachikwu clearly demonstrated to the world that he is a worthy son and representative of the Niger Delta region”.

The group also condemned Amaechi’s opposition to negotiation as a way out of the renewed militancy in the Niger Delta region saying that his position shows that he is against the success of the Buhari administration.

“The IYC know as a fact that it is some top federal officials and party chieftains of Niger Delta origin in the Buhari administration like Amaechi who are against negotiation as a way out of the crisis that are frustrating government efforts to negotiate with Niger Delta stakeholders.

The group therefore called on President Buhari to completely disregard the claims of the Transportation Minister on the Maritime University, Okerenkoko as well as his opposition against dialogue over the renewed militancy in the Niger Delta region, saying that Amaechi’s position is not in the interest of the federal government.