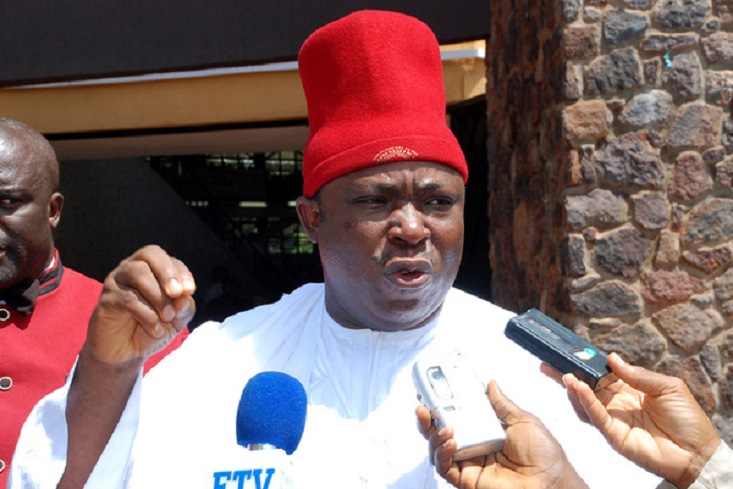 A candidate of the African Democratic Congress, ADC for the forthcoming Anambra Central Senatorial rerun election, Mr Anayo Nweke has expressed hope that he is the candidate to beat in the March 5th senatorial election of the zone.

Nweke in an interview with our correspondent faulted claims by Chief Victor Umeh the candidate of the APGA that a lot of candidates from other parties for the same election are begging him to work for him, saying that it is not true, else Umeh should mention those who called him.

He said harmonization was still going on, and that he is confident that at the end of the day, he will emerge as the choice of the stakeholders of the zone.

“I believe that of the 13 candidates for this election, I will be the favoured one. The hand of God is in my aspiration, and I believe that after the various meetings of stakeholders of this zone, they will realize why I should be supported.

“I am a grassroot man, and the people know it. So, if they are looking for someone to support, I believe that I am the man.

“ADC is a very credible platform for any politician to attain victory, we have structures not only in Anambra but across states of the federation. We also have acceptability, and you know during the last election in 2015, we came fourth directly after Ngige.

“Apart from ADC being fully on ground, Myself, I am a grassroot politician who has worked hard to serve politicians and also enthrone them.” He said.

He added that if it has become certified that only those who participated in the last general election will do so, with the exclusion of  PDP and the withdrawal of APC, then he is sure to win the election, as he has contacted his fellow candidates who are ready to work for him.

He expressed hope that having conceded victory to Ekwunife in 2015, and also mobilizing some of his fellow candidates to congratulate him on his victory, He is sure that after all the harmonisations, former governor, Obi and even Ngige will support him in his emergence.

Nweke speaking on the annulled election said that in his view, Ekwunife won the election, and that the court ought not to  have cancelled the election. He said the Appeal Court should not have ventured into the internal affairs of the PDP as they were not a part of it and have not ventured in as the party has not said that she was not validly nominated.