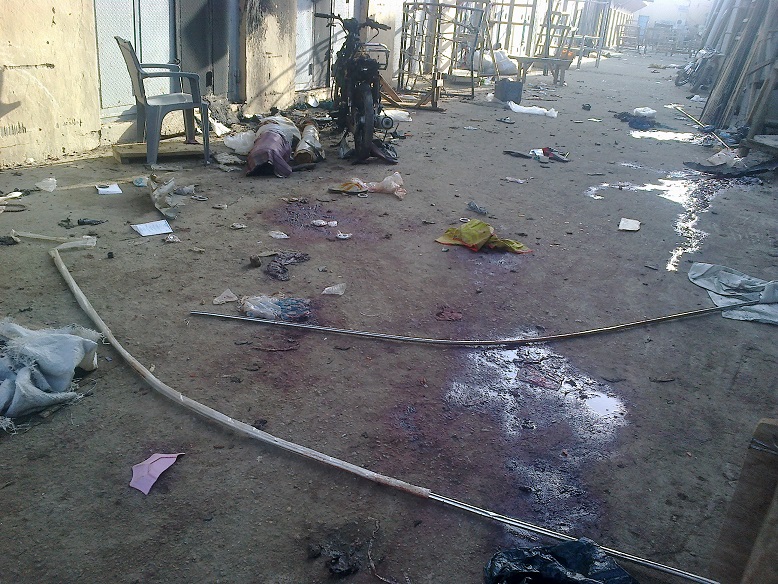 Tuesday night’s blast breaks a three-week hiatus in bombings after a string of suicide attacks culminated in twin explosions in mosques in two northeastern cities that killed 42 people and wounded more than 100 on Oct. 23.

One of the mosques attacked was in Yola, capital of Adamawa state, where the insurgents struck again. It was the third suicide bombing in as many months in a city overflowing with some of the 2.3 million refugees driven from their homes by the Islamic uprising.

At least 32 people were killed and about 80 wounded victims were evacuated to hospitals after Tuesday night’s blast, coordinator Sa’ad Bello of the National Emergency Management Agency told the AP.

“The enemies of humanity will never win. Hand in hand, we will rid our land of terrorism,” Nigeria’s President Muhammadu Buhari said in a tweet.

Analysts say Nigeria’s military is too thin to hold ground and that as it takes one area, the extremists slip into another in the vast arid spaces dotted by forests in the northeast.

Some 20,000 people have been killed in the 6-year-old Islamic uprising that has spread to neighboring countries.

Forces from Chad and Nigeria drove Boko Haram out of a self-proclaimed Islamic caliphate earlier this year, as former President Goodluck Jonathan faced elections. Jonathan lost, in part because of his failure to curb the insurgency. Buhari, a former military dictator, was elected and has promised to break the back of the insurgency by year’s end, but Boko Haram persists with deadly raids on remote villages and urban suicide bombings that have killed more than 2,000 people this year alone.