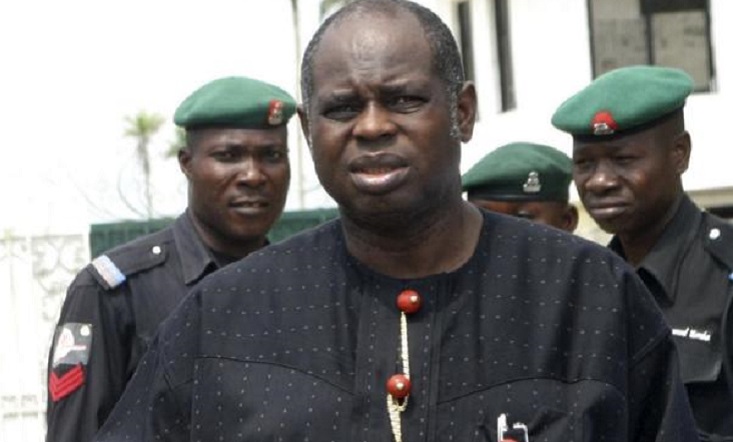 A former Governor of Bayelsa State, Chief Diepreye Alamieyeseigha has described as complete fallacy and an act of mischief, media reports that, he is planning to run for the governorship of Bayelsa State under the platform of the All Progressives Congress APC).

Alamieyeseigha, popularly called “Governor-General of the Ijaw Nation”, in a statement obtained by Journalists on Friday in Abuja explained that, he has neither nursed nor discussed any plans to run for the Governorship of Bayelsa State with anybody.

He therefore called on his teeming supporters and the people of the State to disregard the reports, as they were the handiwork of mischief makers.

According to him, he remains a staunch member of the Peoples Democratic Party, (PDP) and has no intention to abandon the party, let alone running for an office under the platform of another party.

The ex-governor said he will rather support and contribute to ongoing efforts at rebuilding and repositioning the PDP.

Chief Alamieyeseigha, who used the opportunity to reaffirm his total support for the restoration administration of Hon. Henry Seriake Dickson, expressed satisfaction with the performance of the PDP controlled Government in the State and called on all right meaning Bayelsans to rally round the second term bid of the Governor.

While reassuring Governor Dickson of his support, especially his second term bid, he called on Bayelsans to be focused and not allow themselves to be deceived by persons, who do not mean well for them.

He said, “Having served my people as Governor about ten years ago; I don’t have any intention to go back to Government House, after all I did not forget anything in Government House and nobody should draw me into such games” he stated.

Alamieyeseigha also called on Bayelsans and the entire Ijaw nation to close ranks, as this is not a time for the people to be divided for whatever reason” but to “work in one accord to reposition ourselves for greater political relevance.”