Home News Jonathan, Sambo, Others To Get N3.24bn Severance Pay 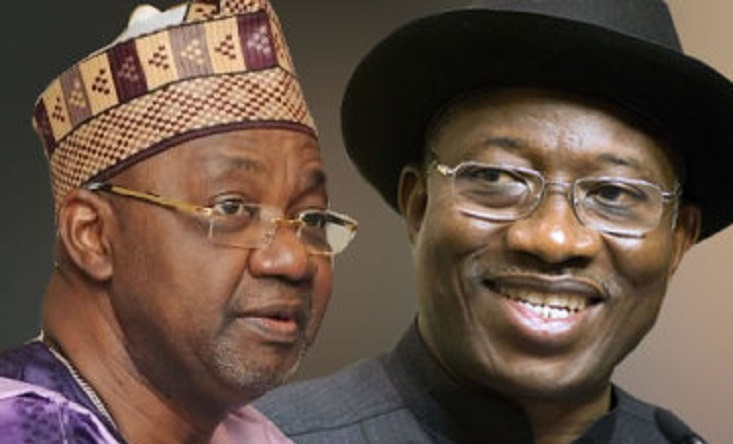 The severance allowances   are contained in the Remuneration Package   put together by the Revenue Mobilisation, Allocation and Fiscal Commission.

According to the package, Jonathan, who will hand over to the President-elect, Muhammadu Buhari, on May 29, is entitled to 300 per cent of his annual basic salary.

The severance allowance is without prejudice to his other constitutional entitlements as a former head of government.

For having held the office of vice- president, Sambo also has some constitutional entitlements and perks.

About 76 senators are not returning to the National Assembly either because they did not stand for election or because they lost their bids to return. They are however entitled to N462,019,200 at the expiration of their tenure on June 5.

Like Jonathan and Sambo, they are entitled to 300 per cent of their annual basic salaries as severance allowances. This amounts to N6, 079,200 per senator.

In the House of Representatives, about 290 members are not returning to the 8th National Assembly to be proclaimed into existence by Buhari on June 5.

The ministers, on the other hand, will be collecting a total of N253, 967,212.5. There are 42 ministers in Jonathan’s cabinet. Thirty one of them are senior ministers and 11 are ministers of state.

This means that there are about 133 aides to the president and each of them is entitled to 300 per cent of their annual basic salary which amounts to N5, 828,625.

The Nigerian democracy has been identified as one of the costliest in the world as a result of a large number of political office holders.

Some experts, for instance, think that a cabinet made up of 42 ministers is too large. However, constitutionally, each of the 36 states   is expected to be represented in the Federal Executive Council.

Bicameralism is another source of worry for many observers who believe that Nigeria can do with one chamber of the National Assembly. Some Nigerians have called for part-time legislature as a means of saving cost.

However, the worry of many Nigerians is not what the lawmakers earn monthly but what accrues to them through self-appropriation and   constituency projects.

Two activist   lawyers – Jiti Ogunye and Ebun-Olu Adegboruwa – faulted the basis for earmarking such an amount of money for such purposes in the face of the economic challenges the country is grappling with.

While Adegboruwa argued that the political office holders were not entitled to any severance allowance given what they earned as salaries and benefits while in office, Ogunye called for a drastic cut in the allowances.

Adegboruwa said that since the political office holders had   been paid what could sustain them and their families for the rest of their lives, they   were   no longer entitled to severance allowance.

He said, “I believe that given the monumental and outrageous salaries, benefits and allowances that are being paid to the outgoing members of this executive, the legislators especially the House of Representatives, senators and ministers, I believe they should save Nigerians from the luxury of any outrageous allowance.

“This incoming government needs a lot of resources to fulfil its campaign promises. Our incoming government is likely to remain stagnant for now. Nigeria cannot afford the luxury in the name of severance allowance. Our people are suffering. They should have mercy on Nigeria. What they have taken is enough to sustain them and their families for the rest of their lives.”

Ogunye said, “While the RMAFAC could have its own scale, guidelines and parameters for determining those political office holders who qualify for these severance benefits and the quantum each of them and all of them should recieve, we cannot but point out that this amount, in the circumstances of our dire economic situation, is outrageous.

“It is carrying the culture of profligacy and corruption in the conduct of our public affairs too far. At this point of economic recession and dwindling oil revenue, RMFAC ought to be chiefly concerned with revenue mobilisation to cater for the shortfall in the funding of the yet to be passed 2015 Appropriation bill.

“We suggest a drastic cut in the amount. Political office holders do not necessarily serve Nigeria more and better than school teachers, lecturers, judges, health workers et cetra, who take home modest gratituities and pensions after 35 years of service.”

The Publicity Secretary of the pan-Yoruba group, Afenifere,   Yinka Odumakin, said, “It is   unjust   and morally reprehensible for these officials who mostly have fleeced the public till with veracious rapacity to legislate crazy retirement benefits.

“It is nothing but robbing the public for people who lived off the state for four or eight years to want to become permanent liability on the system.

“This is a country where civil servants who served the country for 35 years are queuing to death for pensions that mostly remain unpaid. There are no serious countries in the world where public officials earn what ours take not to talk of the sickening retirement benefits they ask for.”