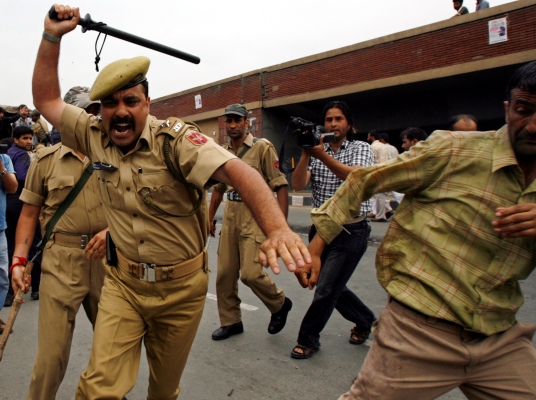 Indian Police on Tuesday killed five activists of an Islamic association, in the city of Hyderabad, in the southern Indian state of Telangana.

Malla Reddy, Senior Warangal District Police Officer said the victims, suspected of being involved in terrorist acts were killed when they allegedly attacked their police escort on way from jail to court.

He said the men were being taken from Warangal jail in Telegana, to a court in capital, Hyderabad, when they requested a stop to relieve themselves.

Reddy said as the bus halted and one of the men’s handcuffs were removed, he tried to snatch an AK 47 rifle from a policeman.

He said other suspects also tried to snatch weapons, when policemen from inside the bus shot them dead.

Meanwhile, human rights activists have questioned why a group of 17 policemen could not control five prisoners.

The Telangana government has ordered a judicial probe into the incident.