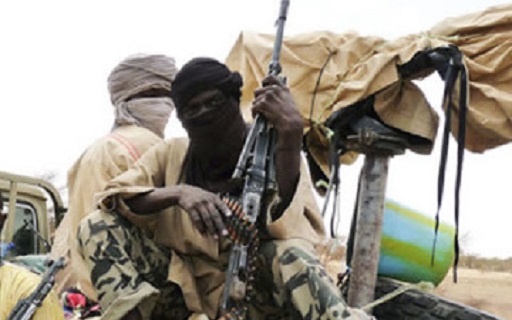 The Bauchi attack was carried out by a lone suicide bomber at the Bulala Motor Park in the troubled Potiskum. Five people died and 36 others were injured.

That of Yobe was   at a military checkpoint in Takanda-Giwa on the Bauchi-Jos Highway. Five soldiers and a civilian passerby were said to have lost their lives to the incident which took place a few hours after the militant Islamist sect abducted 80 people in Cameroon.

A hospital source in Potiskum, who narrated the attack to The PUNCH on the telephone, said   five   bodies, including that of the bomber and   the   injured,   were brought to the General Hospital in the commercial town which in the past three weeks has been attacked thrice.

He said he feared that the death toll might rise as some of those injured were grappling to stay alive.

The source added that nine out   of the 36 injured persons were later referred to the Federal Medical Centres in Azare and Nguru.

A motor park source, Idris AbdulKadir, said the suicide bomber sneaked into Bulala garage   along the   Bauchi-Jos Road   and detonated an explosive device,   killing himself and four others on the spot.

“The explosion went off around 9.50am on Sunday. As I speak, we counted five dead bodies but   many other people are   being conveyed to the hospital in Potiskum for immediate medical attention,” AbdulKadir said.

The PUNCH gathered that the attack at the Bauchi-Jos Highway forced   motorists from Bauchi and Jos   to abandon their vehicles and flee.

Unconfirmed reports had it that the attackers, who killed five soldiers and a civilian, escaped with the soldiers’ Toyota Hilux parked at the checkpoint.

But it could not be confirmed if any of the insurgents died   during the exchange of fire with the soldiers.

A military source, who did not want his name in print, however claimed   that one soldier and a civilian were killed.

A exchange of gunfire between soldiers and the insurgents in Gombi, Adamawa State was reported also reported on Sunday night.

A resident of the town, who gave his name simply as Musa, told our one of correspondents on the telephone,   that the soldiers were repelling the terrorists.

“The soldiers, with the assistance of riot policemen,   are   dealing with insurgents,” Umar said.

But the   Agence France Presse said in a report on Sunday that the sect   attacked two villages in   Tourou   in Cameroon’s Far North region and left with 60 people.

“They torched houses and left with around 60 people. Most of these people were women and children,” a police officer told the agency.

Boko Haram which is in control of some communities in   Nigeria’s North-East had   threatened   Cameroon and other countries that have common borders with Nigeria.

Last year, 27 people seized in Cameroon by suspected Boko Haram fighters were held for months before being freed in October. They included 10 Chinese workers and the wife of Cameroon’s Vice-Prime Minister Amadou Ali.

Earlier this month, Boko Haram’s leader, Abubakar Shekau, released a video threatening Cameroon’s President Paul Biya, who has been vocal in his criticism of the group.

Meanwhile, a   contingency of soldiers from Chad has arrived in Maroua in northern Cameroon, where it will be deployed in the Nigerian border as part of efforts to contain the Boko Haram insurgency.

A spokesman for Cameroon’s Defence ministry, Col. Didier Badjeck, who made this known on Sunday, did not say how many troops had been deployed by Chad.

“In the coming days, they will be deployed in the war zone on the border with Nigeria so that they can join our defence forces to crush and prevent incursions of Boko Haram into Cameroonian territory,” he said.

Biya, who recently appealed for international assistance against Boko Haram, announced earlier this week that he was expecting the arrival of a large Chadian force to support his country’s efforts against the militants.

Chad has a reputation as one of the region’s best militaries and helped French forces drive al Qaeda-linked Islamists from northern Mali in 2013.