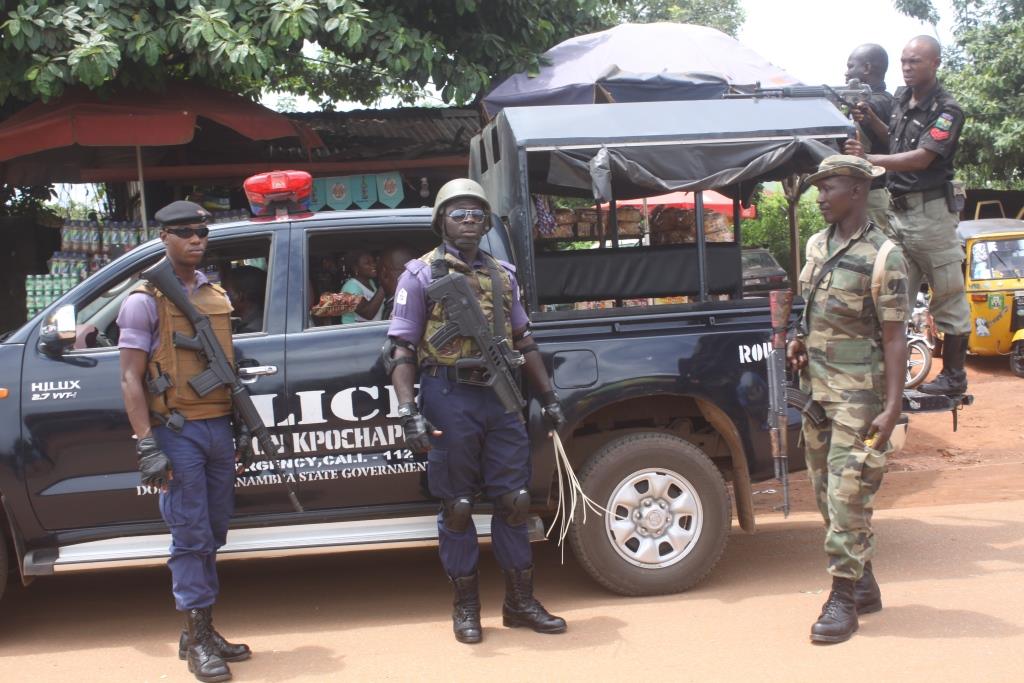 After establishing himself firmly on top of the security scenario in Anambra State as the chief security officer of the state, Governor Willie Obiano has initiated a wave of new measures to deepen the security network in the state and give Ndi Anambra a chance at experiencing the first crime-free Christmas in decades. One of the new security measures that the governor has rolled out for a safer Anambra this Yuletide Season is Operation Sheba, a special, combat-ready, anti-crime police squad that was unveiled recently in Onitsha to give a new dimension to crime-fighting in Anambra State.

Made up of 150 elite officers and men of the Nigerian Police Force, Operation Sheba was introduced to give crime-bursting in Anambra State a new and biting edge. The squad is split into three units of 50 officers each, designated to 24 hours surveillance on each of the three senatorial districts of the state. Operation Sheba comes to provide more depth to the all-conquering Operation Kpochapu which is credited with wiping out criminals, especially kidnappers from Anambra State in less than two months of swinging into action. Operation Sheba’s strength lies in its high mobility and penetrating surveillance that covers virtually the length and breadth of Anambra State and its rapid response ability.

Providing an insight into the formation and mission of Operation Sheba, the Commissioner of Police in Anambra State, Hosea Karma, explained that the idea of setting up the special squad came from the thunderous ovation that trailed Governor Obiano’s security exploits during the Security Fundraising organized by the state in Abuja and Lagos recently. According to him, after listening to the words of encouragement from many illustrious sons and daughters of the state who felt elated that Governor Obiano had finally secured the state, it became clear that the state government could not afford to rest on its oars and allow criminals to even contemplate a come-back.

“So, we likened those high praises in Lagos and Abuja to the Biblical narrative where Queen Sheba, after hearing the exploits of King Solomon, left her own kingdom to come and witness the greatness of King Solomon, first hand, only to discover that what Solomon had was far greater than what she had heard. We want the indigenes of the state to visit home this Christmas and New Year and find out that Anambra is far more peaceful and secure than the stories they have heard,” explained Karma. According to him, Operation Sheba is poised to raise the bar in community policing in Anambra State as it connects effectively with the officers and men of Operation Kpochapu as well as the members of the Vigilante groups in the various towns to provide a round the clock data on the security situation in the state.

According to Commissioner Karma, the Anambra State Police Command has also moved to forestall any likelihood of a breakdown of law and order in any part of the state during the Yuletide Season. “We have issued directives that all commercial vehicles that have hitherto complicated the traffic challenge in Onitsha by picking passengers along the highways must desist from that practice forthwith. Henceforth, they must load their vehicles in parks and garages that the government has designated as bus stations. This will help decongest the roads and ensure a free flow of traffic this season. We have also started arresting street traders and hawkers of all kinds of merchandise on roads and highways as they provide a perfect cover for criminals to strike at unsuspecting commuters. We shall also arrest loiterers and anyone who is roaming the streets aimlessly because they serve as decoy to criminals. We are assuring the people of a crime-free Christmas” Karma further explained.

Although Karma has been in his present position for only two months, there is a growing feeling that he has what it takes to sustain and improve on the excellent foundations laid by his predecessor, AG Gwary.  “Within two months of my stay, we have pulled down six houses in six locations and arrested over 100 crime suspects from across the state,” Karma recalled, pointing out that his men had arrested a syndicate made up of a man and his wife that specialized in stealing babies from hospital maternity wards as well as a two-man gang that robs mothers of their babies at gun point. Also arrested are syndicates that specialize in bank robbery and the one that robs churches after service, carting away tithes and offerings pooled by worshippers. The command also arrested a syndicate that tricks car-dealers into parting with their cars with false credit alerts that are programmed to hit their phones once a transaction is sealed. No fewer than 15 second hand cars were recovered from this syndicate alone.

Indeed, since his inauguration as the governor of Anambra State, Chief Willie Obiano has continued to justify the faith of Ndi Anambra in him with a consistent performance that has turned the state into one of the safest places in Nigeria today. So far, the Obiano administration has donated over 100 patrol vehicles to Operation Kpochapu, his crime-bursting squad, to ensure that there is no letup in their capacity to respond to distress calls as well as ensure an effective policing of the state. The known dark-spots across the state have been wiped out with security tents that are heavily fortified with sandbags and sharp-shooting officers on 24 hours vigilance.

In immediate response to Obiano’s heroics, Anambra is overflowing with investors who inundate the state Investment Promotion and Protection Agency (ANSIPPA) with inquiries on how to come into the state and play a role in the ensuing revolution. The latest of them is UDIPPCO Limited which, last week, penned a $150m electricity generation deal to provide 80 megawatts of electricity and solve the power needs of the state.