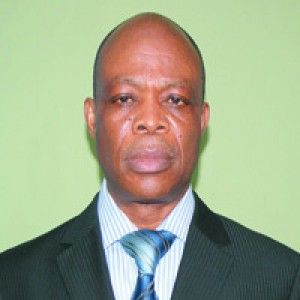 In a statement signed by Felix Ofou, his Press Secretary, the governor said the death was a big blow to the media, fans and readers of the late journalist as well as lovers of truth worldwide.

Dr Uduaghan also recalled with nostalgia the late Dimgba Igwe’s elevated piece on Delta and his bold effort at transforming ‎the state, noting that the article published in the Daily Sun among others, opened the flood gate for the many awards bestowed on him this year.

“Dimba Igwe’s Sideview column in the Daily Sun is well respected and has a large following. So when he wrote about our modest efforts at transforming Delta State many people took note. I believe that article and others written by those who attended the Nigerian Guild of Editors Conference (NGE) in Asaba last year set the tone for the awards we have received in the last one year” he said.

The Governor however expressed regrets that death struck too soon, particularly at a time when his contributions would have been greatly needed, both as a journalist and pastor, adding that the loss was a personal one as well as a collective one to Delta State.

“I take this loss as personal. It is also a loss to Delta since the wife is from our state. He was a dependable partner and we were looking forward to more fruitful relationship before death struck.

“‎I sympathise with the immediate family, the board, management and staff of The Sun Group and the media for this painful loss. I share in their moments of grief,” he enthused.

Uduaghan prayed God to grant the deceased family, The Sun Group, the media as well as his fans the fortitude to bear the irreplaceable loss.