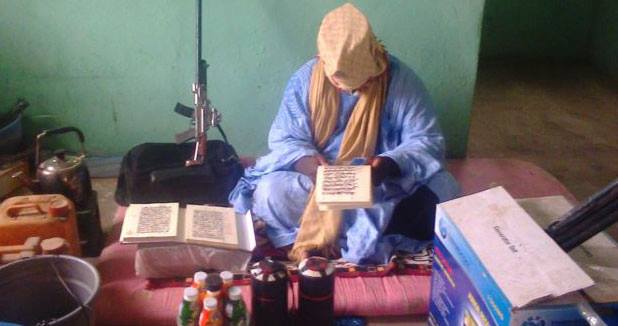 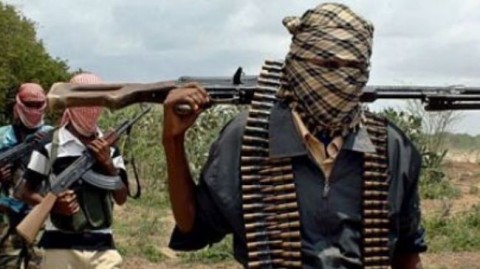 The sect, which had since January to date killed about 565 people in Borno, Yobe and Adamawa States said most aspects of Geography, Biology and Sociology contradict the divine order which sees God as the source of all being.

Thirty five-year-old Yasir Ibrahim Salihu, (a.k.a Dan Birni), one of the suspected killers of Sheikh Auwal Adam Albani and his wife and son made the statement while being paraded at the headquarters of the Department of State Service, DSS, in Abuja.

Salihu, a graduate of English Literature from the Ahmadu Bello University, ABU), Zaria in Kaduna State, was one of the seven suspects paraded on Monday by the DSS in connection with the February 1 killing of the popular Zaria based Islamic cleric along with his wife and son.

In his confessional statement, Salihu said he joined the sect in 2009 after its late leader, Muhammad Yusuf visited Zaria to deliver a lecture.

He added that the Darwin Theory of Evolution contradicts the very existence of Allah, even as he described sociologists as “free thinkers” who do not believe that there is God.

“I can say I am a member of Boko Haram. I joined the group in 2009 when Muhammad Yusuf visited Zaria to deliver a lecture,” he said.

According to Salihu, “in Geography, certain things are against the existence of Allah. In Biology, you have the theory of evolution.”

He said the late Yusuf was against it because he said it contradicted the Holy Quran. “Sociology is about free thinkers too and they don’t believe in the existence of Allah. So, all these made me kick against western education,” he added.

The Inspector-General of Police, IGP, Mohammed Abubakar has, however, assured that security agencies are working towards ensuring the safety and security of students and academic institutions across the country.

Abubakar gave the assurance yesterday, when staff and students of Pacesetters’ College, Gwarinpa, Abuja paid a visit to the Force Headquarters.

Almost all the houses in the village were said to have been set ablaze, while the village Police Post along the Maiduguri- Damaturu road, remain the only structure still standing.

However, unconfirmed report said that dozens of the terrorists who attacked the village were later killed in an air raid while attempting to flee after the attack.

Jakana village is about 40 kilometres from Maiduguri, the state capital and about 20 kilometers from Mainok village which was attack on Sunday night.

The attack on Jakana was said to have started at around 9:45pm, when the attackers, shot sporadically, using AK47 rifle, Rocket Propelled Launchers, Improvised Explosive Devices, IEDs, and petrol bombs, which led to the killing of many people and the destruction of houses.

A resident, Ba Mala Modu, in a telephone conversation in Maiduguri said that the insurgents stormed the village, chanting God is great in Arabic, after which they started shooting and torching houses.

“The gunmen came in Toyota Hilux vehicles and motorcycles and started shooting, killing and at the same time pouring petrol on our houses and huts to set them on fire. The people in the houses cried for help, but no one was there to prevent these multiple attacks and killings. Some of us had to flee towards the neighbouring villages, farmlands and bushes.”

“I am talking to you now from a hiding place in the bush. I cannot get into the village, but the number of bodies pulled out from the torched houses are 35 this morning; and more bodies could be retrieved before noon today(Tuesday), because several people were trapped in their houses when the insurgents unleashed havoc on both lives and property,” he said.

The state Police Commissioner, Mr. Lawal Tanko confirmed the incident, confirming that many people were killed, including two policemen.

He however said he was yet to collate details on the number of casualties.

In a related development, the Chief of Air Staff, (CAS) Air Marshal Adekunle Amosu yesterday said that the military was already thinking of the post-insurgency plans and thus, was strategising on means to “keep the place clean”, to avoid a relapse to the violent past