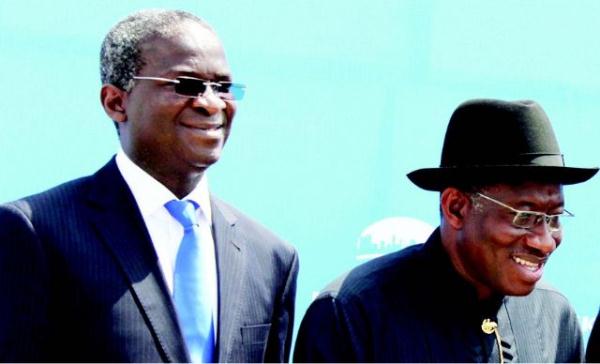 Governor Babatunde Fashola says he is suing the President Goodluck Jonathan-led Federal Government over illegal deduction of one per cent from statutory allocation to states in the federation. 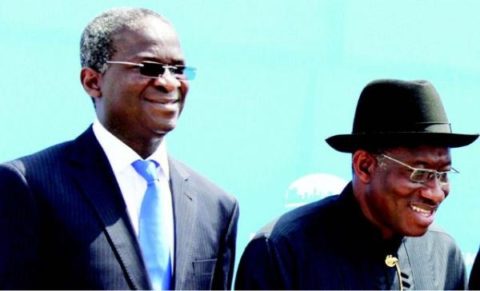 The governor disclosed this on Monday while presenting the nation’s grim financial standing before members of the State House of Assembly in Lagos.

The governor said the decline in revenue was also credited to decline in oil production, which was adduced to pipeline vandalism and crude oil theft and that the debate on accounting on crude oil is out there.

Fashola lamented that since October last year the Federal Government had been deducting one per cent from states’ statutory allocations which was said to be for police reform, describing it as unconstitutional and vowed to challenge it in court.

He said he was told that the National Economic Council took the decision but stressed that despite this, he believed that it is an unconstitutional decision.

Fashola stated that he had written the Federal Government to complain about his opposition to the decision and that the state is heading to the court since he did not receive any reply to his letter, stressing that “the Economic Council has no such powers.”

He also complained that the Nigerian National Petroleum Corporation, NNPC, under-remitted the sum of N2.4 trillion to the federation account, saying that the situation meant that no state of the federation would be able to meet its target for the year 2014 as the 36 states are reeling in serious financial constraint.

The fact, according to the governor, is that for the first time in almost 15 years of the nation’s democratic experience, the country recorded some walk-outs staged by Commissioners of Finance during meetings of the Federal Accounts Allocation Committee in Abuja, the country’s capital.

He said the first one happened in 2011, while the country witnessed more of such walkouts last year due to irreconcilable accounts of the federation, saying that as a result some states have had, in the recent past, to borrow to keep the government going.

“The reasons for those disagreements were largely reported revenue declines that were disputed by the various states as represented by their various Finance Commissioners,” he said, adding that this pattern had continued right from the second half of last year to January this year.

“The only bleep of stability is the last FAAC meeting in February. Now whilst this revenue decline has gone up, we have been unable to hold the National Economic Council, NEC, meeting in Abuja. In the past, the meetings had held every month. The meeting has not been held now for, at least, six months in spite of clear revenue declines,” he said.

He described the council as an organ for the discussion of economic issues concerning the 36 states of the country and comprised governors, the Governor of the Central Bank, the ministers of National Planning, Finance and others. The meeting is chaired by the Vice President, Namadi Sambo.

The governor said the revenue decline should have been a major issue for discussion at the NEC meeting since the constitution of the country provided for it, reminding the House that he had always complained of decline in revenue and the inability of the state to meet optimal budget performances since sometimes, the government had left social services just to meet welfare needs of personnel.

He said the revenue declines were credited to “what is characterised as uncoordinated and discretionary application of the federal government’s fiscal policy on waiver and negotiating the duty credit certificates,” adding that this was the reason, the Nigerian Customs Service only generated 47.8 per cent of its 2013 budget as reported to FAAC.

Giving further reasons for the decline in revenue, he said he complained about the reported under-remittance of funds by the Nigerian National Petroleum Corporation, NNPC, as seen from the report of FAAC which was presented to him by the state Commissioner of Finance, Ayo Gbeleyi.

“From the slide which I have here showing remittances on monthly bases to the states, and to the local governments in Lagos, NNPC has clearly refunded monies under item 13, made some refund across the months from February last year.

“So, if NNPC didn’t withhold money from the federation accounts, then why is she (Minister of Finance) making refunds? That is the question that I ask,” he said adding that the revenue decline had affected Lagos State’s policy and developmental objectives as the severity of this challenge varies from state to state,” he said.