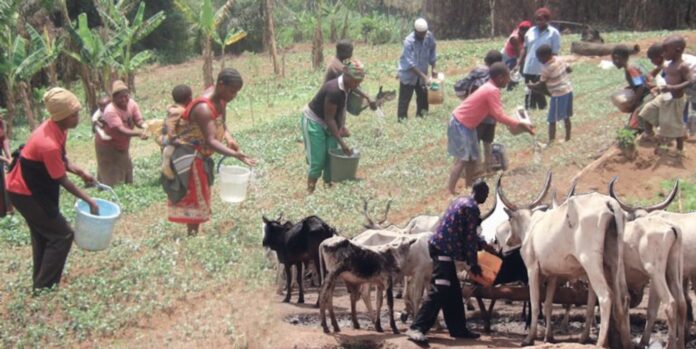 Amidst the increasingly dwindling security situation in Nigeria against what appears a weakened and demoralized security and law enforcement architecture under the leadership of the embattled President of Nigeria, Muhammadu Buhari, adequate production and distribution of food items has suffered tremendous reduction and has become a present and clear concern for the citizens of Nigeria across the entire geopolitical zones. This is particular to the food basket of the nation, the north central geopolitical zone where Benue State is housed.

The 2020 farming season had witnessed abrupt disruption in farming activities owing to Fulani herdsmen attacks that often result in brutal killings of innocent farmers and sympathizers – which included Reverent Father and other clergies. The resulting shortage in food supply – as expected – has filtered into the marketplaces in Nigeria causing increase in food prices and shortage of crucial food items such as beans and rice. Honey beans which normally sold for N350 per basin [mudu] rose to N850 per basin within a farming circle. The same increase is observed across the board including yam – which is the staple food for most southern Nigerians.

“Farmers are ready to go back to the farm” said the chairman of All Farmers Association [AFAN] – Benue chapter, Saaku Aondongu as he spoke to 247ureports.com regarding the threat of returning to the farms this farming season. He explained that the farmers have devised new methods to combating the marauding herdsmen.

“We go to farms in clusters and not alone like before”. According to the chairman, in the past, the herdsmen would sneak up on farmers who had gone to the farm alone or in few numbers.He did not disclose if the farmers will be arming themselves for this year’s farming season but noted that the recent pronouncement by the President to shot anybody seen with an AK47 – boosted the farmer’s confidence – that the Fulani herdsmen would be more apprehensive this farming season than before.

The recent attack on the Governor of Benue State [Ortom] has help tighten the security. He said. “It did not deter farmers. In fact, farmers have begun clearing at the exact spot where the Governor was attacked”. He explained that it was made possible through the dispatch of security agents by the feferal government.

“This year’s harvest will be bountiful. Farmers are cultivating new lands now largely because farming has become a real commercial business. The price of food items are high now.”

The chairman cried for encouragement from state and federal governments in terms of fertilizer, herbicides, improved seeds. He disclosed that the federal government had removed subsidies on fertilizers – forcing them to consider switching to organic fertiliser.