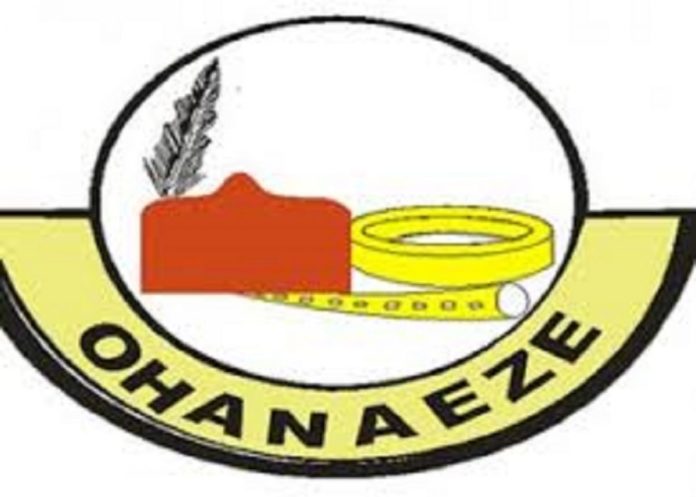 The Igbo apex socio-cultural organisation, Ohanaeze Ndigbo, has described the Peoples Democratic Party’s report on the 2023 presidential election, which throws its ticket open as most despicable, un-reflective and unconscionable.

The Bala Mohammed-led PDP Committee on the Review of the 2019 General Elections had recommended in a report submitted to the National Chairman of the party, Chief Uche Secondus, that the party should allow all aspirants from all parts of the country to contest its 2023 presidential ticket.

Mohammed was quoted to have remarked that in “line with certain unwritten conventions of the nation’s history, many people think that for fairness and equity, the North-East and South-East geo-political zones that have had the shortest stints at the Presidency should be given special consideration in choosing the presidential flag bearer of the party for the 2023 election.”

He added that “every Nigerian from every part of the country should be given the opportunity to choose the best candidate through a credible primary election as a way of institutionalising a merit-based leadership recruitment process for the country.”

But Ohanaeze in statement signed by its National Publicity Secretary, Chief Alex Ogbonnia, described as very worrisome that some highly placed Nigerians, who had benefited so much from the unity of the country, would be inclined to decisions and actions that would further inflame the passions of the patient but aggrieved parts of the country.

Ohanaeze stated, “For the avoidance of doubt, Nigerians agreed on rotation of the presidency between the North and the South; in which case it is the turn of the South after the tenure of President Muhammadu Buhari. For clarity purposes, both the South-West and the South-South had both taken their turns in the persons of Chief Olusegun Obasanjo and Dr Goodluck Ebele Jonathan, respectively.

“It is rather very unpatriotic and trifles on the sensibilities of the Igbo for the committee to even suggest the rotation of the presidency to the North East in the first instance and open to every part of Nigeria as a major slight.

“It is disturbing that all the indignities, perceived and real, that the South-East suffer in the current dispensation are the outcome of the Igbo support to the PDP since 1999. It is on record that in 1999, the Igbo were in hock with the PDP through which Chief Olusegun Obasanjo emerged the President of Nigeria; same in 2003 and the subsequent elections in Nigeria.

“On the other hand, the Igbo had invested much political capital in the PDP only to be betrayed by its apparent lack in principles. The leadership of the PDP is advised to retract the comment made by Bala Mohammed and countermand the content of the obnoxious committee’s report in the interest of the party.

“Let it be known that Ndigbo do not wax so eloquent on political parties. The Igbo is bound to advertise the party that caters to the interest of our people. It is instructive that Senator Ali Ndume, a chieftain of the All Peoples Congress, is among the prominent northerners that canvass for zoning the Nigerian presidency to the South-East for the 2023 presidential election. Other prominent APC chieftains are highly committed to the realisation of this project and we will be very delighted to work with them in the overall interest of Ndigbo.

“The Ohanaeze Ndigbo, led by Ambassador Prof. George Obiozor. is committed to a Nigerian President of Igbo extraction and there is no going back on it.  It should be noted that the Igbo network transcends geographical space and the enormous Igbo goodwill and resources across the world will be mobilised to achieve this equity-inspired project.”