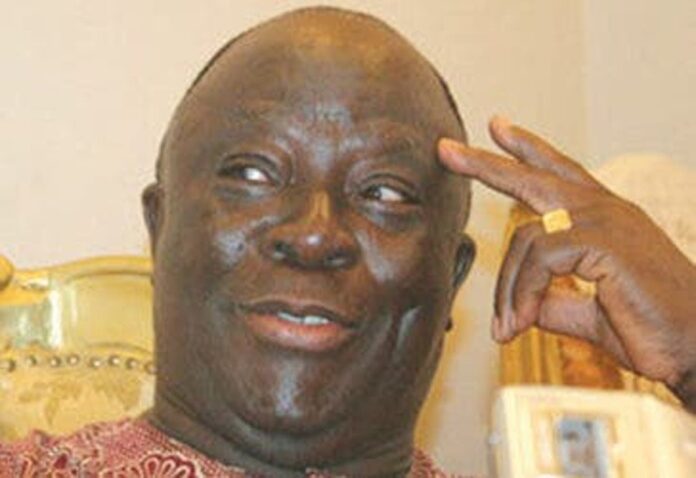 1. The pan-Igbo think-tank, Nzuko Umunna congratulates the Yoruba Nation on the election of renowned Pa Ayo Adebanjo as the new leader of Afenifere.

2. The rancour-free exercise is a testament to Pa Adebanjo’s engaging pedigree, widespread acceptance and the confidence reposed in him by the Yoruba Nation.

3. We align fully with this position, and have no doubt whatsoever that Pa Adebanjo, who has forged a historic handshake especially with Nzuko Umunna and generally with Ndigbo, will acquit himself most creditably in this latest national assignment.

4. A relentless Awoist and confidante of the late sage, Pa Adebanjo has always placed premium on cementing the historic bond of brotherhood and solidarity between the Ndigbo and their Yoruba brethren. Instructively, Pa Adebanjo participated actively at the “Handshake Across the Niger” conference jointly hosted by Nzuko Umunna and Afenifere.

5. While assuring Pa Adebanjo and the new Afenifere leadership of our unalloyed support and solidarity, we are confident that his experience, courage and uncommon sense of history will position Afenifere especially for the challenges of nation-building and in confronting the threats that assail our peoples. We urge the entire Yoruba Nation to accord him the same support.

6. We also congratulate Oba Oladipo Olaitan, the Alaago of Kajola Ago, on his election as the Deputy Leader of Afenifere.

7. Nzuko Umunna congratulates the revered Pa Reuben Fasoranti on his principled and outstanding tour of duty especially at critical moments and even at a ripe old age of 95 years.

8. Nzuko Umunna will soon engage with the new Afenifere leadership in order to further cement the strategic partnership between our organisations and peoples.