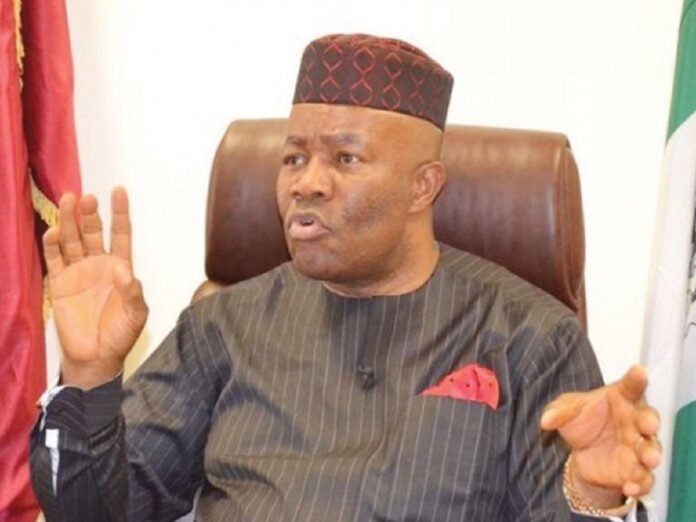 The Election Transparency Group (ETG) has called for the arrest and

prosecution of the Minister of Niger Delta Affairs, Senator Godswill

Akpabio, over his involvement in falsification of results of the Akwa

A High Court in Akwa Ibom State had sentenced Peter Ogban, a professor

of soil science at the University of Calabar, to three years in prison

for manipulation the election results.

election in 2019. He was prosecuted by the Independent National

Electoral Commission (INEC) and found guilty of altering results of

the election to favour Senator Akpabio who was the All Progressives

ETG, in a release issued on Saturday and signed by its Convener, Dr.

Kazeem Adekunle, asked how the INEC returning officer will be jailed

criminal act for which Prof Ogban was jailed.  He (Akpabio) was the

beneficiary of the fake over 61,000 votes recorded for APC in Essien

commission to have prosecuted only Prof Ogban, leaving Senator

Akpabio, who was the mastermind and beneficiary of the electoral fraud

the collective sensibility of Nigerians.

It is also another clear confirmation of the deceit in President

Muhammadu Buhari’s to fight against corruption.

We therefore demand that Senator Godswill Akpabio be arrested and made

executioner, Prof Ogban has been jailed.