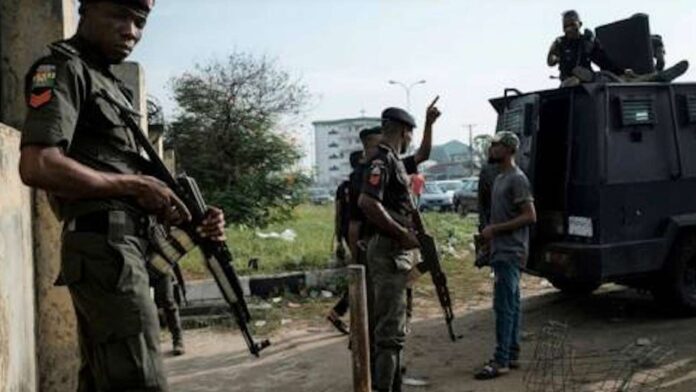 “Yes, he (police officer) followed his principal (not named) to the church,” the PPRO said.

An eyewitness said that the gunmen allegedly stormed a Pentecostal church located in Oviri-Ogor Road, Ughelli in the Ughelli North Local Government Area of the state, during worship service on Sunday and shot the victim thrice.

The deceased, a police inspector, was said to have been serving at PMF 31, Ogwashi-Uku and was on escort duty at the time of the incident.

“The service was abruptly stopped at about 11.15 a.m. when gunshots rented the air inside the church premises and worshippers scampered for safety.

“It was after the gunmen escaped that some youths summoned up the courage to come out only to discover the police officer in a pool of his blood,” the source said.

The source added that the policeman was confirmed dead at the Central Hospital, Ughelli, were he was rushed to for medical attention.