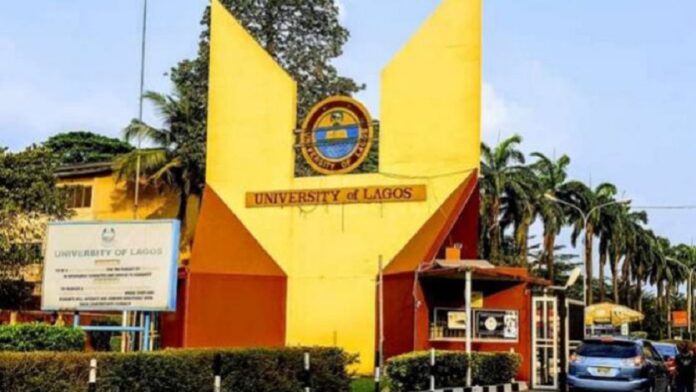 The National Industrial Court sitting in Lagos will on February 16 hear a suit by Engineer Babatunde Oloko, the Director of Works, University of Lagos who was forcibly removed from office by the management of the institution in July 2020.

In suit number NICN/LA/417/2020 filed by him on October 27, 2020, Engineer Oloko is asking the court, among other prayers, to stop the university management from preventing him from performing his duties as Director of Works, in accordance with the terms of his engagement.

He is also asking the industrial court to restrain the university management, headed by the University’s Vice Chancellor, Professor Oluwatoyin Ogundipe, from forcibly ejecting him from his official quarters, and from repossessing his official car and laptop.

Engineer Oloko is also praying the court to order the university management to pay his accrued salaries and allowances from January 2020 to October 2020, amounting to N4,382,110 as of then.

Engineer Oloko was engaged as the Director of Works and Physical Planning by the Governing Council of the university on contract basis on December 18, 2018 (and resumed on January 14, 2019) following serious appointment process issue and subsequent rejection of the candidate recommended by the Professor Ogundipe-led management.

In an affidavit to support his motion, Engineer Oloko said he was given a mandate by the Governing Council to restructure the Works and Physical Planning Department of the university, adding that within one year of the contract period, he achieved enormous success in the responsibilities given to him.

He stated further that in accordance with the terms of his engagement, in December 2019, he sought and extension before his contract expired through a memo to the Vice Chancellor, but added that the Vice Chancellor failed to bring his letter to the attention of the Governing Council during its January 2020.

According to him, notwithstanding the failure of the Vice Chancellor, Prof. Ogundipe’s to bring his application for tenure extension to the notice of Council, the Chairman of the Council at the January 2020 meeting gave him directives to carry out and report back at Council’s next meeting in March 2020.

He further claimed that between the Council’s meeting of January 2020 and March 2020, he carried out several assignmnets for both the Council and university management, including representing the university at the Investigative panel by the Council for Registration of Engineering in Nigeria (COREN)in February 2020 in Abuja.

He said through a memo on March 3, 2020, before the meetng of the Governing Council which he also attended in his capacity as Director of Works and Physical Planning, he reminded the Vice Chancellor on the need to have a formal document validating his one year contract extension.

That he continued to relate with the university management and Governing Council as Director of Works and Physical planning, even uptil July 8, 2020 when he wrote an internal memorandum and forwarded a copy to the email of the Pro-Chancellor on the attack on his office.

That he was therefore surprised to receive an internal memorandum dated July 20, 2020 directing his to handover all university properties “pending the Council’s determination of your expired appointment”.

He stated that the university management should be, by the official interraction with him from January 14, 2020, deemed to have to have granted him extension, and that all the memos and steps taken by the management from July 2020 and October 2020 were afterthoughts.