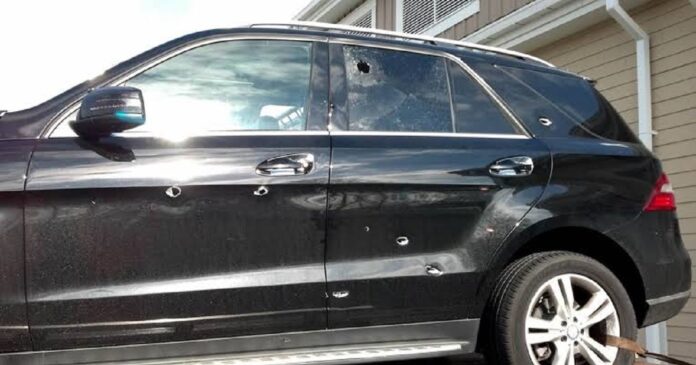 Following the assassination attempt made in Abuja today, February 25, 2021, by Nigeria Army sponsored by the likes of Gov. Nyesom Wike of Rivers State, on the life of Barrister Chukwuemeka Richard Okoroafor, the IPOB lawyer who has been at the forefront of efforts to secure the release of Biafran women abducted from the ruins of destroyed synagogues at Obigbo in the aftermath of the #EndSARS protest and taken to military execution facilities in Fulani controlled Sharia North as sex slaves, I, Mazi Nnamdi Kanu, the leader of the Indigenous Peoples of Biafra (IPOB), wish to put the world on notice that Nigeria Government is waging an undeclared but brutal war on the law abiding citizens of Biafra.

This cowardly assassination attempt by the Nigerian Army is evidence of their desperation to frustrate IPOB from securing freedom for kidnapped and dehumanised women bound and chained in military barracks in the North for the amorous pleasure of those elements in the security agencies that specialise and derive pleasure in raping Biafran women.

These women unfortunately are still being subjected to the most horrific sexual violence till today. They are being gang-raped every night by Fulani Islamic soldiers in the Nigerian Army. Its a shame and a stain on the conscience of humanity that in this 21st century, women are still being forcibly abducted, caged and used as sex slaves in a country that has no regard for their own laws.

Barrister Okoroafor went to the Alpha Military Commando Base in Suleja to confirm intelligence reports from credible sources that civilians being held at this military detention camp are all missing Biafrans, including Elvis Ngozi and 109 others. Upon exiting this facility and into Suleja- Bida Road, an unmarked White Hilux truck pulled up by the side of his vehicle and opened fire on him in an effort to kill him. The same thing they did to Barrister Ejiofor about two years ago when they invaded  his country home in a similar state sponsored attempt to assassinate him.

Barrister Okoroafor told me that before leaving the base he discovered that the left rear wheel of his SUV was marked with a black paint. He drove into Suleja Area Command  and made a report. Shortly afterwards he was attacked on the road. This testimony convinced me that  the attackers were members of Nigeria’s security agents.

This attempt to assassinate Barrister Okoroafor by Nigerian security agents is a deliberate ploy by the government to frighten and intimidate other lawyers away from providing legal representation to hundreds of kidnapped members of IPOB languishing in military concentration camps in the North.

The whole world must take note of this barbaric attack against innocent Barrister Chukwuemeka Richard Okoroafor in Abuja today being the 25th day of February 2021, a lawyer who is doing his professional job.

Since Nigeria army and police have taken it upon themselves to assasinate IPOB lawyers and to stop IPOB from challenging them with self evident truth in theirown law courts, they will soon reap the fruit of their evil deed. We therefore, demand the immediate release of all sex slaves in the custody of the Nigerian Army.