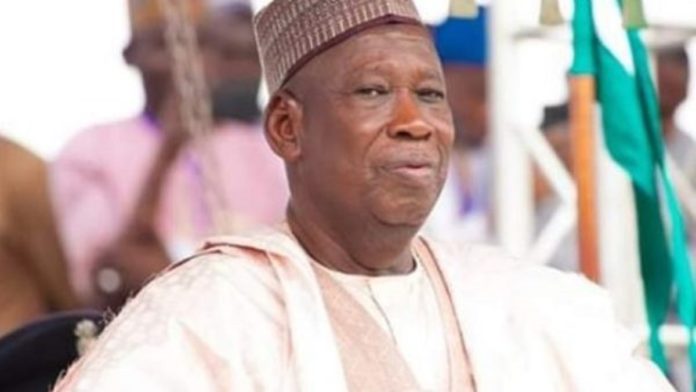 As the current All Progressives Congress (APC) Registration/Revalidation Exercise continues, with the Kano state governor Abdullahi Umar Ganduje’s untiring effort in supporting the process, his wife Prof. Hafsat Abdullahi Ganduje revalidetes her membership and organised awareness creation campaign, where wives of the state elected and appointed officials were in attendance.

The event took place at Open Theatre, Government House, Kano, Sunday, with the wives of the state Deputy Governor, Secretary to the State Government, Speaker of the State House of Assembly, State APC Chairman, all Commissioners, Senators, members of the National Assembly and that of the State Assembly, Women Leaders from all the 44 local governments in the state among others.

She commended how the exercise was received in the state and urged all stakeholders to work harder and make sure that Kano retains her position, as a state with the highest registered members of the ruling APC.

“This exercise is very important and necessary. It is without any argument that, Kano is the leader in democratic practice in the country,” she said.

After listing the total number of elected positions in the state, to accentuate how Kano leads in reality, she encouraged further that “All those who have party membership cards should come forward and revalidate them.”

She further counselled that, people should go to where they cast their votes during election periods, “…that is where they should go for this revalidation exercise. I am urging women to come forward and participate fully in this all-important exercise,” she pleaded.

Prof Ganduje called on youth who did not reach election age of 18 years during the last election period, but are up to 18 years now, to also come forward and make sure that they participate in the exercise.

The awareness creation campaign of the wife of the Kano state governor, included, not only Kano, but other states of the North West zone. As wives of some notable people from other North West states, also participated at the exercise.

At the event wives of some politicians called upon Kano people, women particularly, to make sure that Kano records the highest number of membership of the ruling APC.

Prof. Ganduje used the awareness creation campaign platform, to serve as a corridor to empower some women who were there. Adding that, “It is important to note that women’s empowerment is necessary for our society to develop sustainably.”

As the programme was live on some radio stations in the state, women were seen being glued to their radio sets. Which shows significant influence and interest the event has succeeded in gaining from women folk.