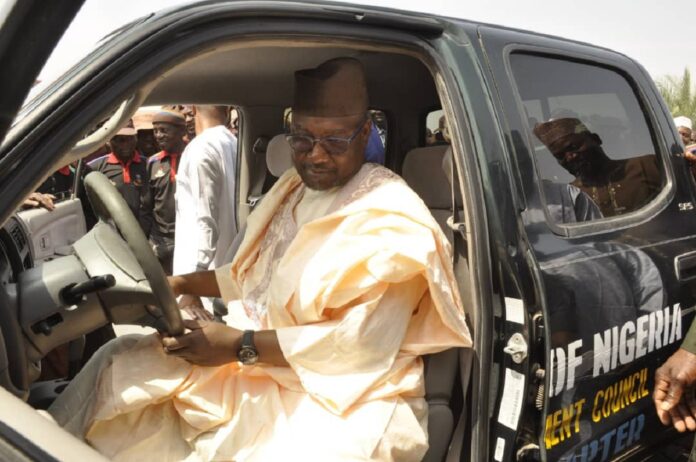 Niger State Governor Abubakar Sani Bello says some village heads have been arrested for inviting and harbouring bandits in the state.

He said this on Wednesday while fielding questions from State House reporters after meeting with President Muhammadu Buhari at the Presidential Villa, Abuja, on the rising insecurity and infrastructural decay in the state.

He said his administration would be ruthless with any village head found wanting in this regard “because there’s no way we can make progress if the traditional institution at the lowest level becomes part of it and I had discussions with the emirs, first class emirs to dethrone or strip any village head of his appointment once being caught.”

He ruled out negotiation with bandits, saying “they have never been honest in their talks”.

He said he stopped the option of negotiation with the criminals for their failure to keep to any agreement entered into with them, adding that he had once reluctantly negotiated with the bandits which ended without producing any positive result.

“In any case, the bandits are mostly Fulanis that have no one to control them even their parents cannot control them. We call them bandits but these are common criminals, they are armed robbers. I don’t see how someone who is used to robbing at gunpoint or killing, will say let’s go to negotiation table, I’ll drop my arms, I’ll just move on with my life without asking for some kind of support as an alternative to their activities. I tried it once reluctantly it never worked, so, I don’t think…unless I see some evidence of sincerity, but I’m really not in such negotiations,” he added.

Bello said the state was experiencing influx of bandits from neighbouring states and through the Benin Republic border despite the efforts of security agencies.

He expressed worry that the bandits had now focused their attention on Bobi grazing reserve with huge investments and 5,000 square kilometers national park to perpetrate their atrocities which assumed another dimension with the burning of farmlands and animals.

On the possible causes of the banditry activities, said: “I always tell our security agents when they make an arrest to study the minds of the bandits and to ask why. But in one particular case, we arrested bandits that are foreigners as far as Sudan and Mali and they came on motor cycles. They’re being recruited through social media, through Facebook in some cases and because they confessed to this.”

The governor, who said the government had burnt the camps of bandits demanding ransom for farming thereby posing threat to food security, however, added that “we’re not out of the woods yet” as they came out in pocket to kill innocent people.

He said Buhari pledged more support to the state on security matters “so that either the shortest possible time, we will address the security situation.”

“We’ve also used some of our resources to order some drones but then again even when you order drones you need support of the Federal Government because you’ll be required to get end user certificates, the documentation takes a long process. Our drone has been ready for almost three months now, we’re not able to bring it because of documentation issues. So, these are the kind of interventions we seek support.”

Benue: Residents Decried Ban On Use Of Motorcycles