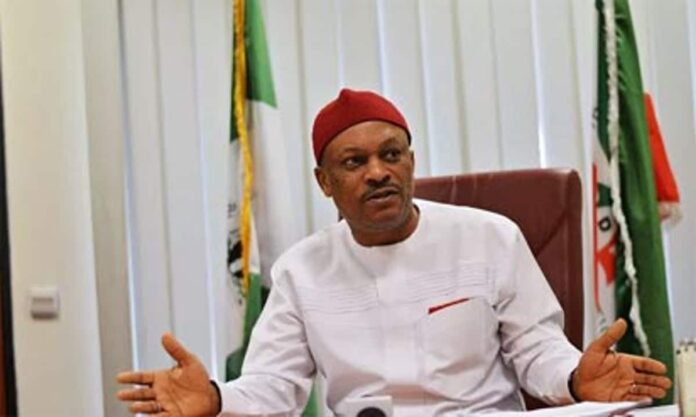 A chieftain of the People’s Democratic Party (PDP) in Imo State, Senator Samuel Nnaemeka Anyanwu has described the American election as a big lesson to Nigeria, adding that the inauguration of Joe Biden and Kamala Harris as President and Vice President respectively should teach selfish politicians that power belongs to God.

Senator Anyanwu, popularly known as (SamDaddy) expressed happiness on the political maturity exhibited by Democrats during and after the violence clash at Capitol, advising Nigerian politicians to emulate it.

Anyanwu, a onetime Chairman of Senate Committee on Ethics, Privileges and Public Petitions advised politicians in the country to  play within the ambit of law, and regretted that selfishness, bitterness and rancor were allowed to dominate the democratic setting in the country. Senator Anyanwu therefore called on members of the Peoples Democratic Party (PDP) and the entire Imo citizens to resist any pressure from self-centered politicians to cause damage in the state, while appealing to them to rally round the party.

He said, “the kind of politics played in America could only be seen in the People’s Democratic Party (PDP)”, appealing to Imolites and Nigerians at large to “embrace PDP as a better alternative to correct leadership problems in the country.”
The PDP chieftain made this disclosure Thursday while answering questions from newsmen in Portharcourt, the Rivers State capital.

Furthering, Anyanwu challenged Imo people and the entire Nigerians to compare the PDP administration in the past and the current APC government, adding that what the masses were passing through was an indication that APC lacks direction and focus.

While extolling the choice of Mrs. Harris as first black female Vice President in the history of America, suggested the need for the inclusion of women in every political arrangement in Nigeria.

According to him, “no person should kill himself or others for power, considering the fact that it is transient and ephemeral in nature”, pointing out that only God gives power and sustains it till the end.